List of plants that are most threatened in Portugal, particularly those that are endangered and in need of protection. 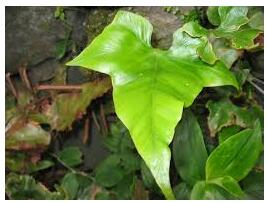 Portugal still does not have a red book or an organized list that can indicate the vascular or non-vascular plants that are in danger of extinction, being one of the only countries that does not have one. However, efforts have been made towards their creation to ensure that these species are protected and their population is recovered.

Among these efforts is a project supported by the IUCN (International Union for Conservation of Nature) that aims to create a red book for endangered species by the end of September 2018.

Threatened species suffer the effect of several factors, among them caused by frequent fires that affect the country, their trampling, the construction of infrastructures that destroy habitats , climate change or even the introduction of exotic species that end up removing the habitat. to native species .

The following list corresponds to the main threatened plants in Portugal, even if this is not the case in other countries. Species will be designated by their scientific name, as well as the common name, whenever possible.

These endangered plants have disappeared from Portuguese territory, or are found in very small areas. Species from the insular territory will not be included, as it has a very specific climate due to the characteristics of the archipelagos.

This endangered plant owes its status to the pressure caused by recreational activities that take place in the region where they are found.

This endangered plant has its habitats ( oak and cherry trees) under great pressure in Portugal. This species is included in the habitat directive for its protection.

Its low distribution leads to its status, as any change to its habitat (deforestation, construction of walls) can destroy existing populations .

This species is endemic to mainland Portugal, is currently protected by the Habitats directive , as it does not have a high geographic distribution. The strong pressures caused by the high tourism and the strong urbanization that has occurred in its ecosystem .

This species is only found in a single region of Portugal, in the Arrábida Natural Park region, so the activity practiced by park visitors may somehow interfere with the survival of the population of this species .

Species associated with the Habitats directive . The biggest risk factor for this species is trampling, as well as the disappearance of its habitat due to the destruction of meadows and trampling when it is on the paths.

Urban expansion, fires , as well as the introduction of exotic plants (particularly those of the acacia genus ) have been degrading the existing populations of this species.

This species is threatened, particularly by natural processes such as those that occur due to ecological succession . This succession is mainly due to the abandonment of crop and grazing fields leading to the emergence of more complex species that replace it.

Their distribution is quite small, making it very easy for members of their populations to disappear.

This species is endangered, like many others, due to the destruction of its habitat , particularly the areas of crops that provided them with shade. With the regeneration of the cork oak areas, new populations of Linaria were found in their shadow, that is, areas with little movement of soil .

The frequency of this species has been decreasing in recent years, in particular due to the degradation and loss of its habitat .

This plant is a species with wide distribution throughout the world, however, in Portugal it has been disappearing, often due to the destruction of its habitat, as well as the degradation of the water courses to which it was associated.

Species practically extinct, due to the alteration of its habitat , caused by the occurrence of agricultural , tourist and industrial practices (extractive).

Despite being a species that is vulnerable, due to the efforts made by various institutions, the populations of this species have been recovering and increasing.

This species is found particularly only on beaches, suffering a lot from trampling, the activities practiced in these ecosystems , the erosive agents (wind, water, salinity) always present in this ecosystem, as well as due to the introduction of exotic plants.

Its endangered status is particularly due to the destruction of its habitat due to the proximity of human populations, then to the deforestation of the land due to the danger of fires , leading to the disappearance of members of this species, such as the practice of climbing on slopes. , where individuals of this species are common.

The species Plantago almogravensis has already seen some of the populations that existed in the country become extinct. Although there are still populations on the continent , they continue to see their numbers dwindling due to the effect of human intervention.

Wild species in decline due to the use of herbicides and its cutting, as it is seen as a weed, so its existence is reduced in Portugal.

This species has a very restricted distribution, particularly in the northeast of the Iberian Peninsula, mainly due to fires and the fragmentation of its habitat.

This species has been found in small populations, particularly protected areas. Its isolation and low frequency are due to landslides and land displacements that altered the ecosystem where it is located.