Mexico. While the government’s peace talks with the Zapatist guerrillas in Chiapas continued during the year, on June 28, in the southern state of Guerrero, a new guerrilla, the People’s Revolutionary Army (EPR), was set up to overthrow President Ernesto Zedillo’s government. The new guerrilla showcased an unexpected strength and struck in five different states during clashes with police and the establishment of roadblocks. Government forces went to massive counter-offensive in early July with about 10,000 soldiers. A second offensive was launched in late August, after the EPR launched coordinated attacks at seven locations in the southern coastal states of Oaxaca and Guerrero and near the capital Mexico City. The peace talks with the Zapatist guerrilla (EZLN) threatened to collapse in May, since the guerrillas proclaimed readiness for the contraction of the government forces at EZLN positions in southern Chiapas. The talks were resumed on June 10, but on August 29, the guerrilla leadership canceled the call round scheduled for September.

The country’s economic problems continued to dry up. In January, the government was forced to intervene to save about 100 larger companies from bankruptcy. In February, figures from the Government Office showed that gross domestic product fell by 6.9% in 1995, the worst decline since 1932. About 150,000 people demonstrated on March 18 against the government’s privatization plans for parts of the state oil group Pemex.

A crisis within the Governmental Institutional Revolutionary Party (PRI) sailed up and worsened during December. Justice Minister Antonio Lozano resigned at the beginning of the month after he was severely criticized for failing to resolve several high-level political murders. Party chairman Santiago Onate Labor departed a few days later after leading the party for just under a year and a half. Shortly thereafter, the state of Veracruz, former governor Dante Delgado Rannuaro, was arrested on suspicion of tax evasion. Delgado had left PRI a few weeks earlier and joined a smaller left-wing party. Information in the Mexican press claimed that Delgado was punished for political disloyalty. A PRI revolt against the proposed electoral reform in November became a political defeat for the president.

On September 26, 2014, 43 male students from Raúl Isidro Burgos Seminary in Iguala, Guerrero were abducted. Apparently, the students were on their way to take part in protests on the occasion of the student massacre at Tlatelolco Square in Mexico DF in October 1968. Igualas Mayor Jose Luis Abarca asked police to prevent the students from reaching them. Police attacked the student buses and instantly killed 6 of them. The remainder was handed over to the local drug ring Guerreros Unidos. Then, apparently, they were killed. The massacre sparked national and international protests. A month later, Mayor Jose Luis Abarca and his wife were arrested. On November 7, the State Attorney held a press conference announcing that bags of body parts had remained on the river in Cocula, Guerrero.

Already upon his accession, Nieto declared that he would break the state’s PEMEX energy monopoly. In the sale of concessions to 100 new blocks in 2014, private companies were also invited.

The automotive industry is growing rapidly. Kia Motors announced in August 2014 that they would build a factory in Nuevo Leon for $ 1 billion. US $; Mercedes Benz and Nissan were building a factory for $ 1.4 billion. US $ near Puebla. In the same area, in 2013, Audi initiated the construction of a factory for 1.3 billion. At the same time, BMW planned a $ 1 billion factory. US $ in San Luis Potosí.

In 2015, 36,126 killings were committed in Mexico. Although the military was less involved in domestic security operations, there were still many human rights violations perpetrated by soldiers and officers. There were several reports of massacres committed by security forces in the state of Michoacán. Among other things. in May when police killed 40 during an operation in Tanhuato.

In May, the Mexican Supreme Court ruled that orders from the Inter-American Human Rights Court did not have validity in Mexico when rights were limited in the Mexican constitution. The ruling of the Supreme Court was in violation of international law and risks exacerbating the human rights situation in the country. The Commission first visited the country in September since 1996. Among its immediate conclusions about the situation in the country were: torture, disappearances, violence against women and executions without judgment. The Commission also noted that there was widespread impunity for these crimes. The United Nations Commissioner for Human Rights visited the country for the same purpose and stated after the visit: “There is an extensive national, 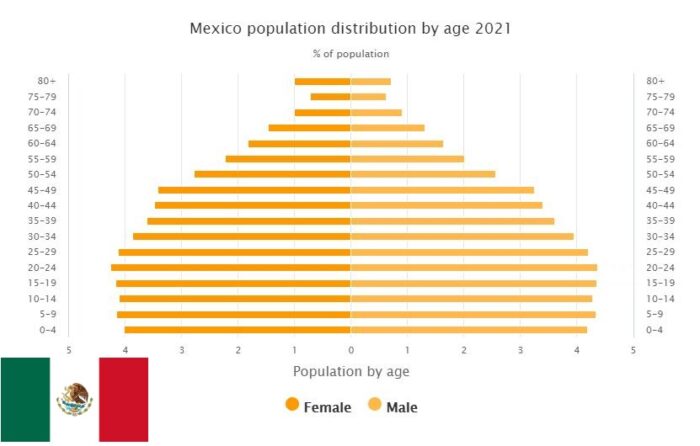