Mauritius’ independence in 1968 was the result of a long period of decolonization. Britain wanted this to culminate with the grant of a very limited autonomy regarding the internal conditions of the country. The 1958 Constitution remained in force and was designed by the Colonial Office based on the traditional Commonwealth model. Mauritius is therefore a monarchy whose head of state is Queen Elizabeth II, represented in the country by a Governor General and a High Commissioner. In 1964, a Council of Ministers and a legislative assembly were appointed to appoint the Prime Minister (the Head of Government) and the rest of the government.

By independence, a deeply rooted two-party system existed in the country. Thanks to the support of the Indian people, the Labor Party had been the largest since 1958. That same year, Mauritius of French descent and Creole joined the Social Democratic Party (PSDM) of Mauritius. At the same time, Muslim groups formed the Muslim Action Committee. Throughout the 1960s, the demand for independence brought the Indian population (together in the Labor Party) and the Muslims closer together, and in 1967 they formed an alliance that brought them to power. Sir Seewoosagur Ramgoolam was re-elected to the Prime Minister’s post and PSDM leader Gaetán Duval led the opposition’s opposition to independence. But in 1969, a coalition government was formed between the Labor Party and the PSDM. Duval was the representative of the French elite and leader of the opposition to independence. He was now appointed Minister of Foreign Affairs and in doing so, revealed that the independence England had given the country was exclusively formal.

Internally, the government was characterized by electoral fraud and the suppression of the trade union movement. Externally, it nurtured close relations with Israel and South Africa. Pretoria had a free zone in Port Louis, which allowed the apartheid regime to deal directly with the EC countries outside the international sanctions.

In the 1970s, a new opposition group emerged on the political scene: the Mauritius Militant Movement (MMM). It criticized the alliance between the Labor Party and the old French colonial supporters. The progress of the MMM and the increasingly thinner political climate led to the postponement of the parliamentary elections from 1972 to 76. By this election, the MMM became the largest party, but the Labor Party succeeded in incorporating some smaller groups and thus creating a fragile alliance that could maintain that in power. But workers’ demonstrations and strikes, as well as the general social discontent triggered by unemployment, continued to increase in strength and culminated in 1979.

At the 1982 election, the MMM in alliance with the Mauritius Socialist Party (MSP) gained a clear majority – with 62 out of the parliament’s 66 seats. In doing so, it could take over the government and Aneerood Jugnauth was appointed prime minister. The MMM-MSP government program promised to increase the number of jobs, raise wages, nationalize the economy’s key sectors, reduce economic relations with South Africa and by the United States government demand the return of the island of Diego García.

However, the rise in oil prices and the decline in world sugar prices triggered a current account deficit equivalent to 12% of gross domestic product. The government therefore felt compelled to seek support from the IMF, and in 1979-85 the country received five stand-by loans. In order to access these loans, the government was forced to accept a number of conditions imposed by the IMF: implement strict economic measures, expose the program to wage increases and create new jobs. At the same time, the government had to give up control of public spending, reduce subsidies for basic food and devalue the country’s currency, the Mauritian rupiah. 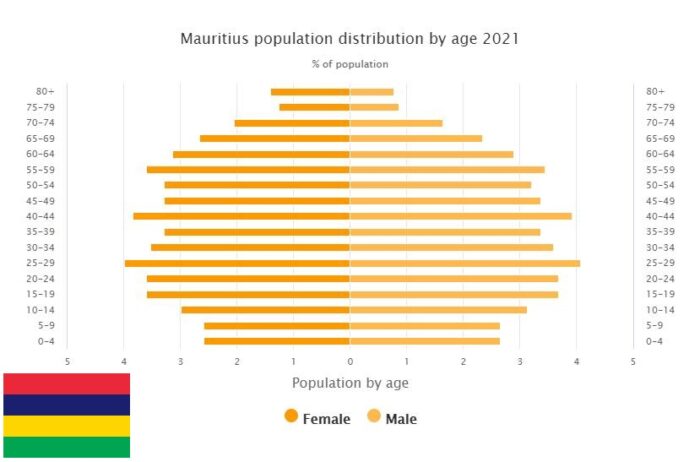