Ukraine. Ukrainian President Leonid Kuchma dismissed his Prime Minister Yevgeny Martyuk in awe-inspiring manner in May. The official reason was that the prime minister could not be head of government because he was at the same time a member of parliament, Verochna Rada. Such a law actually existed, but had rarely been applied. The president also considered that the prime minister misunderstood the country’s economy, but it was also whispered that Kuchma feared Martjuk in the fight for the presidential post. Still others claimed that Martjuk was given the silk cord for his Prorean politics. 43-year-old Pavel Lazarenko was appointed new Prime Minister. A few months after the appointment, he was bombed; that he escaped undamaged seems to have been due to chance. President Kuchma decided to proclaim “partial state of emergency” after the failed act. A power struggle is underway within the highest political leadership. Both the President and the Prime Minister come from the Dnipropetrovsk region. Many in the political leadership believe that the Dnipropetrovskians have conquered an overly strong position.

Hopefully, six years after independence, Ukraine has the worst in terms of declining industrial production, high unemployment and inflation. One sign of stabilization is the introduction of a new currency, or rather denominated (ie, erased inflationary zeros in) the national currency, the carbovan. Prior to the reform, about 30,000 carbovanets were received for a Swedish krona. See themakeupexplorer.com for Ukraine literature.

In foreign policy, Ukraine has come to a conflict of interest between the West and the Russian Federation. Relations with the Russian Federation are strained because of the Crimean conflict, where a division of the Black Sea Fleet still seems to be in sight. The strained relations between Kiev and Moscow are also due to Ukraine’s refusal to join the Slavic community (union or defense-political cooperation) proposed by the Russian Federation. Unlike most post-communist countries, Ukraine does not seek NATO membership either; obviously trying to go their own way. During the year, Ukraine became a nuclear-free country, an astonishing development considering that only a few years ago, it was the world’s third largest nuclear power.

In May 2004, 5 died in the southern part of the country ifbm. an explosion in an ammunition waste depot. The explosion affected a larger area and caused damage to several hundred million US $.

In July, 30 workers died at a gas explosion in a coal mine in Krasnolymans’ka in the eastern part of the country. Another number were missing. The explosion was the most violent in Ukraine for several years.

In August, Ukraine ignored EU and Romania protests against a Ukrainian project to connect the Black Sea to the Danube via a shipping channel.

In September, Yevhen Marchuk resigned from the post of Secretary of Defense. He was replaced by Olexander Kuzmuk.

On November 24, the country nominated Central Election Commission Víctor Yanukovych as winner of the presidential election a few days before. Acc. the commission had the pro-Russian candidate got 49.61% of the vote, while the US candidate, liberal Víctor Yuschenko had got 46.61%. The few members of the opposition present at the announcement responded with strong disapproval. The day before, Yuschenko, with his supporters, had broken into parliament, and had himself been declared president. The majority of foreign election observers – including representatives from the OSCE and the EU – confirmed irregularities in the electoral process. However, some observers such as the Danish Hanne Severinsen appeared openly as part of the opposition.

The close race between the two candidates, blatant foreign interference from both the Russian and Western sides triggered extensive and protracted demonstrations by both candidates’ supporters. Liberal Yuschenko’s demonstrations were dominant in the western part of the country and the capital of Kiev, while the pro-Russian Yanukovych was particularly supported by the eastern part of the country, where ties with Russia have historically been closer. The strong regional division of votes created fears of partitioning the country, but both candidates declared that they wanted a united Ukraine.

On December 2, Yanukovych voted down in a distrust vote, and the same day, President Kuchma met with Russian President Putin on the outskirts of Moscow to discuss the political crisis in Ukraine. Kuchma suggested the implementation of a new election. Meanwhile, the Supreme Court continued to investigate the allegations of electoral fraud presented by the opposition. It subsequently decided to invalidate the election. Re-election will take place on December 26. 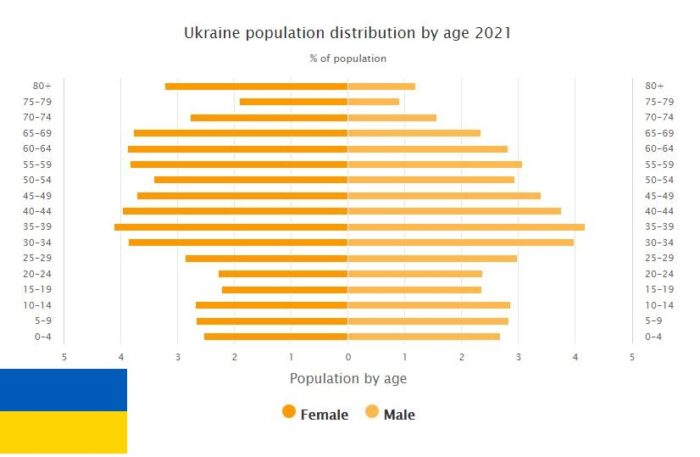