South Korea. The nerve war between South Korea and North Korea intensified in April when armed North Korean soldiers entered the border zone, DMZ, several times, violating the 43-year-old standstill agreement. South Korean and US troops in the south increased their readiness. The tension escalated even more when a North Korean spy boat on September 18 was found grounded outside South Korean Kangnung ten miles from the border. Eleven infiltrators were found shot on the beach, 13 others were killed in flight by South Korean forces and one was arrested. Perhaps most disturbing to the South Koreans was the defense’s blunder – the submarine had been stuck for several days before a civilian discovered it. Three officers were fired. Following North Korea’s apology in December, South Korea returned the dust of the 24 killed crewmen.

The ruling New Korea Party (NKP) was plagued by a series of bribery scandals in the spring, but still took 139 out of 299 parliamentary seats in the April 11 election. North Korea’s threat in the DMZ contributed shortly before the election to NKP’s voter support. President Kim Yong Sam then welcomed US President Bill Clinton on the island of Cheju, where they both proposed four-power talks between North Korea, South Korea, the US and China on a permanent Korean peace treaty.

Kim’s election pledge to end corruption went again in the lengthy legal process against the presidents Chun Doo Hwan and Roh Tae Woo for the 1979 military coup, for the Army massacre in Kwangju in 1980 and for gross corruption during the years in power. In prison clothes and hand in hand, the former generals received their sentences in August: the death penalty for Chun and 22.5 years in prison for Roh. Both had their sentences mitigated in December.

Extensive protests against the regime broke out in the final week of the year since the ruling party quickly adopted a series of stricter labor market laws before the opposition members arrived in a cracking coup. Thousands of workers and students subsequently clashed with riot police, and trade unions threatened to cripple the country’s export industry if the new laws were not repealed.

Human rights organizations criticized South Korea’s human rights violations. Despite considerable international pressure, the country’s National Security Act from the days of the dictatorship remains in force. It is used against the regime’s opponents and to close its mouth on “undesirable content” media. The number of cases dealt with under the Security Act increased from 46 in 2008 to 90 in 2011. Most of them targeted individuals and media who disseminated information from North Korea. 18 websites were closed in 2009, claiming the information from North Korea. Already in October 2011, the number of web sites that were closed for this reason had risen to 178. This year, in February 2012, bookstore Kim Myeong-soo was sentenced to 6 months unconditional imprisonment and 2 years conditional imprisonment for owning and selling further. ». The investigations and trial had then taken 5 years. The books that contained North Korea content,Marxism, socialism or revolution also stood in Parliament’s library and could be purchased through major bookstores, but according to. the prosecution was Kim’s editions “at the risk of state security”. The state’s repression against striking workers is unchanged. In November 2012, 3 workers from the trade union in Ssangyong Motors initiated a protest action 9m up in the electricity tower near the factory after it had fired 2600 workers.

Park Geun-hye won the presidential election in December 2012 with 51.6% of the vote, becoming the country’s first female president. She is once again the country’s former dictator, Park Chung-hee, who ruled the country from 1963-79. Her mother was killed by a political assault in 1974, and her father was killed by her own security chief in 1979. Park is chairman of the highly conservative Saenuri party. She defended her father’s military coup in 1963, stating that “it was a revolution needed to defend the country”. Her first trip abroad after her deployment went to Washington.

Park continued his conservative party’s confrontation policy with North Korea. In the days surrounding her deployment, the United States and South Korea jointly conducted a comprehensive military exercise, Key Resolve/ Foal Eagle 2013, at the border with the North. That threatened the North to terminate the 1953 unilateral ceasefire agreement – South Korea has never signed any ceasefire agreement and has technically continued at war with the North. The crisis spiked further into the following months as military maneuvers at the border continued. On April 3, North Korea closed the Kaesong industrial zone, a joint project between the North and the South with South Korean capital and North Korean workers. Only in July did the conflict begin to decline as North and South agreed to reopen Kaesong. Although Park and her conservatives enjoy great support, its confrontational policy against the North is not popular. Most South Koreans have family in the north and want peaceful coexistence that allows for family visits or actual reunions.

In April 2013, it was revealed that in mid-June 2012, the head of South Korean intelligence, NIS, W on Sei-hoon, had instructed the intelligence agency to launch a backlash campaign against the presidential candidate of the opposition. Thousands of articles were written in blogs, Facebook and other online media that swindled the opposition candidate. It turned out that NIS had posted 55,689 messages on Twitter over the last three months until the election. It was unclear whether NIS’s subversive political work had been commissioned by President Lee or whether it was undertaken on the NIS’s own initiative, but the covert campaign likely helped secure Park’s final votes. 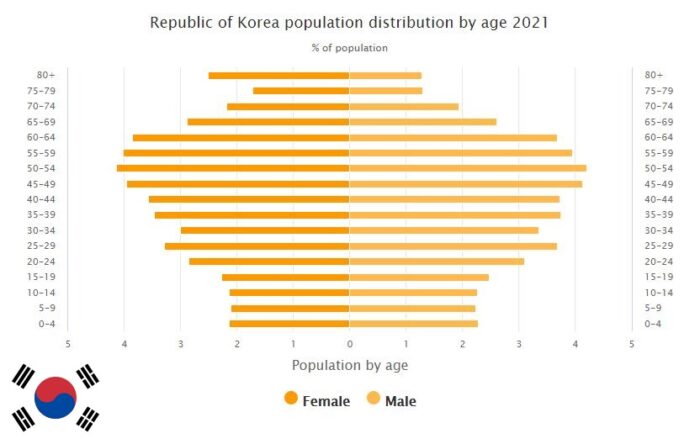