South Africa. Under the leadership of Peace Prize laureate Desmond Tutu, who left the post of Anglican Archbishop in 1996, the Truth and Reconciliation Commission began its work examining South Africa’s past. Despite some protests, the Commission was authorized to grant amnesty for voluntarily recognized crimes under the apartheid regime. Former President FW de Klerk apologized for the apartheid system and the suffering it caused but denied that his nationalist party was behind crime.

Police Colonel Eugene de Kock was sentenced to double life imprisonment plus 212 years for a wide range of murders carried out on behalf of the apartheid state. Great rebellion aroused his claim that South Africa was behind the murder of Olof Palme. Five members of the Neo-Nazi African resistance movement, the Afrikaner Weerstandsbeweging, were each sentenced to 26 years in prison for a series of bloody bombings prior to the 1994 elections.

The Nationalist Party left the government’s cooperation with the ANC, i.e. because the new constitution did not stipulate continued government involvement for all major parties. Remaining in government, however, is the Zulu Party Inkatha, which retained power in the province of KwaZulu-Natal, where local elections could be conducted under peaceful conditions in June after several postponements.

A new feature of South Africa’s political life was the Muslim organization the people against gangsterism and drugs, PAGAD, which began its operations in Cape Town with the public burn of a suspected drug dealer. PAGAD said it was seeking financial support from militant movements in the Middle East.

The ANC presented a report on its own violations of human rights during the years of resistance, and several heroes from the fight against apartheid disappeared from the limelight. The head of the Orange Free State, Patrick Lekota, was dismissed for corruption and former pastor Allan Boesak was charged with embezzling aid money from, among other things. Sweden. Former leader of Transkei’s “homeland”, Bantu Holomisa, was dismissed from the government following bribery charges against President Nelson Mandela. ANC Secretary-General Cyril Ramaphosa transitioned into business, but is believed to be biding his time for the 2004 presidential election. Mandela almost openly appointed Vice President Thabo Mbeki as his successor in 1999.

In May 2006, a court acquitted Zuma of rape. The charge was raised by a 31-year-old woman he had a sexual relationship with. However, the acquittal did not prevent the ANC leader from losing any of his popularity in the population, and therefore his future position as president of the country became more uncertain. Zuma believed the media had already convicted him of rape before the judge handed down his sentence. When he left the court, he continued: “a person is sugary until proven otherwise. It is one of the tenets of our constitution, but the press has broken that tenet ».

Archbishop Tutu completely disagreed with the dismissal in London and continued: “it is one of the worst moments of South Africa’s democratic life”.

On August 9, 20,000 women demonstrated in front of a government building in Pretoria demanding that effective action be taken against the violence in South African homes. South Africa is one of the countries in the world with the most domestic violence.

Mike Heywood is one of the most respected researchers in HIV/AIDS and has been behind several campaigns in Africa to curb the spread of the disease. He again criticized Pretoria for not taking sufficient steps to slow down its deployment. At the same time, he criticized the rest of the world’s political leaders for not questioning the Mbeki government’s lack of activity in this area. According to a study by the government itself, 1/8 of the infected in the world are South Africans.

In July 2007, the State Office of Statistics published a report showing that if growth in the years 2002-05 continues until 2014, the country will be able to reduce unemployment and poverty to half the level in 2007. In 2002-05, it managed to increase the number of housing with access to electricity, drinking water, sewerage and renovation. The proportion of homes with electricity increased from 75.6% to 81.3%. Access to drinking water was increased by 5.2%.

Despite the scandals that have affected his life for the previous 4 years, Jacob Zuma won the post of ANC chairman during the party’s congress in December 2007. He thereby pushed the incumbent president, Thabo Mbeki, who had been chairman in 1997-2007. Zuma’s victory was mainly due to support from the left-wing party, the ANC’s youth league, the Communist Party and COSATU.

In September 2008, Thabo Mbeki decided to resign after the ANC’s National Executive Committee called on him to do so. It happened after a judge investigation found Mbeki guilty of interference with the National Prosecutor’s Office. This interference had, inter alia, led to the ANC’s new chairman, Jacob Zuma, being accused of corruption. In April 2009, the prosecution finally decided to drop the corruption investigation, citing the political interference in the case.

The tensions in the ANC that led to Mbeki’s resignation in September 2008 led to a faction of the ANC breaking out in November and forming a new party: Congress of the People (COPE). There was a lot of talk about Mbeki’s backing with former Defense Minister Mosiuoa Lekota in the lead, and they tried to get Mbeki over to the new party, but he remained in the ANC, without being politically active. At the May 2009 election, COPE received 7.4% of the vote. 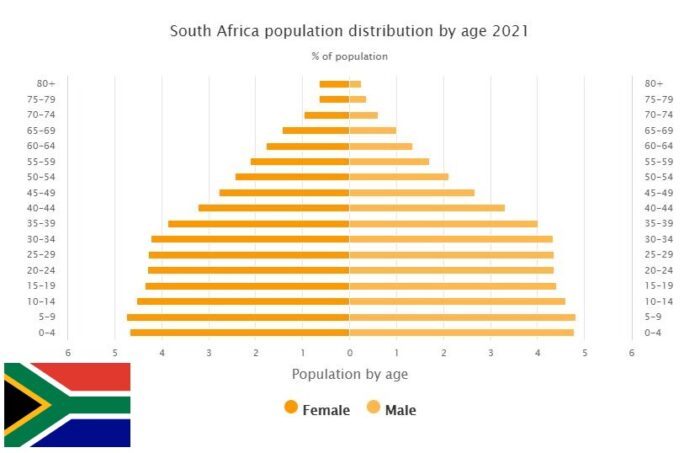