Somalia. Yet another year passed without visible signs that the state power could resurface. A chance for peace emerged when warlord Muhammad Farah Aidiid, the man who personified the UN military failure in Somalia, was killed in early August. But he was succeeded as a militia leader by his son Hussein, who, like his father, claimed to be president, and the fighting continued. A peace treaty between the chief warlords was signed in October, but was almost immediately broken. Towards the end of the year, Aidi’s troops fought on three fronts for control of the capital Mogadishu. Hundreds of people were killed.

Twenty-six political leaders affiliated with the ASS met in January 1997 in the city of Sodere in Ethiopia, where, with the support of the OAU, they decided to form a National Savior Council, with powers to form a transitional government. Hussein Aidid and Mohamed Ibrahim Egal who had been re-elected as president of Somaliland in March did not recognize this decision.

Floods in November and December 1997 isolated 230,000 people in the southern part of the country. The United Nations launched an aid program and threw many tons of food from the air into the Garbahari and Gedo disks near the Juba River.

In April 1998, a new meeting was held in Nairobi between military chiefs Ali Mahdi Mohamed, Hussein Aidid, Osman Hassan Ali and Mohamed Kanyere, who declared their readiness to make peace. At the same time, the severe torment of Somaliland suffered a further setback as Saudi Arabia reintroduced the ban on importing cattle from Somalia.

In June, 300 tribal leaders from the northeast of the country held a conference aimed at creating a government for what they called Puntland, which covered the Garowe, Bari and Galkayo areas, which are agricultural areas based on cattle farming. The conference elected Major Abdullah Yussuf Ahmed as president and Mohamed Abdi Hashi as vice president. The new government was headquartered in the town of Garowe.

In August 2000, a peace conference was held in Djibouti with the participation of the various warring factions. The conference elected a parliament of 245 members to meet outside the country, and as new president was elected Abdulkasim Salat Hassan, minister of a former Barre government. Hassan arrived under strong guard at Mogadishu and received a brilliant reception from tens of thousands of the city’s residents at the football stage. In October, new Prime Minister Ali Khalif Galaydh announced his new 25-member government – all men and representatives of Somalia’s various clans. The prime minister characterized his new government as a reconciliation government.

In May 2001, a referendum was held in the northern part of the country, which largely confirmed Somaliland’s detachment from Somalia. However, the new country was not recognized internationally.

At the end of 2001, the United States frozen most of Barakaat’s assets. It was Somalia’s largest company and was suspected of having links with Osama bin Laden. The UN pointed out that this was aggravating the country’s already difficult situation. It was on the brink of economic collapse as a result of the prolonged drought and the ban on the export of cattle.

In May 2002, Mohamed Egal died in a hospital in South Africa. This created fears of the resurgence of old rivalry. Dahir Riyale Kahin was named president of Somaliland. In October, the government and the 21 warlords agreed on a ceasefire, while new peace talks were held.

In April 2003, Dahir Riyale was elected, by narrow majority, as president of Somaliland. At the same time, in July, the central government resumed peace talks in Kenya. In January 2004, warlords and central government in Kenya agreed on the formation of a new government, which was seen as an important step towards lasting peace. 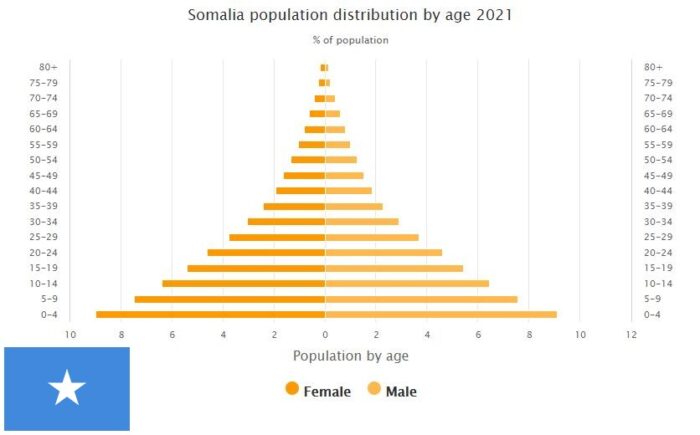