Malaysia. In the last decade, Malaysia has built up an extensive industry, largely with the help of investments from other East Asian countries. Economic growth in 1991-95 was 8.7%/year; it is expected to be somewhat more moderate during the period 1996-2000, about 8%/year.

Malaysia is one of the 18 Pacific States of the Asia-Pacific Economic Cooperation (APEC), which aims to create the world’s largest free trade area by 2020 (among the other Member States are the United States, China and Japan). In 1996, the leaders of the APEC countries agreed to essentially eliminate the mutual duties on information technology equipment until 2000.

During the year, Asea Brown Boveri (ABB) signed a contract for the construction of a power plant dam, the world’s second largest, in Bakun in the Malaysian part of Borneo. The plant, which affects an area of 70,000 hectares of rainforest and will force thousands of people to move from their homes, has been severely criticized from an environmental point of view.

In September, the ruling party constellation Barisan Nasional (National Front) won the elections in the state of Sarawak, thereby confirming its dominance in Malaysia’s politics.

During a religious meeting in Kelantan’s capital, Kota Baru in October, one of the province’s religious leaders, Nik Aziz Nik Mat, declared that women are to blame for “social ills and moral decadence”. Nik Aziz is a teacher of religion and spiritual leader of the PAS party, which has power in both Kelantán and neighboring Terengganu. He had previously stated that “pretty women who want to work must be encouraged not to”, and he had already introduced separate boxes for men and women in the state’s supermarkets. The federal government already consists of several women – including 2 ministers and the national bank director. In December, Mahathir also appointed Ainum Mohamad Saaid as the country’s top prosecutor. This is the first time in the country’s history a woman holds this office. After the appointment, Mahathir declared,

Despite protests from environmental organizations, in February 2001, the government decided to continue work on the Bakun super dam in Borneo, which will become Southeast Asia’s largest. The project is budgeted at DKK 5 billion. US $ will cause resettlement of 10,000 people and flooding of large rainforest areas. A business closely linked to the government started the clearing of the forest.

In March 2001, dozens of people were arrested in one of Kuala Lumpur’s poor neighborhoods during the worst ethnic clashes between Indians and Malaysians since 1969. Defense Minister Najib Tun Razak tried to tone down the ethnic element and reduce it to disputes between neighbors. The Democratic Action Party chairman, Kerk Kim Hock, called for the conduct of politically multilateral talks to reduce tension and the “fragility of ethnic relations”. Indians are the country’s poorest ethnic group. They are descendants of the workers brought to the country by the English for colonial plantations.

The state’s strict control over the financial sector made it possible to reduce the consequences of the economic crisis and to avoid the country being subject to special loans and directives by the international currency institutions. When the ONMU congress opened in April, Mahathir – as he had done earlier – attacked the West and especially the IMF and the World Bank, which he accused of “hating Malaysia and especially the sitting government”. In doing so, he also sought to curb criticism of detention by opposition politicians. During the Congress, wives of incarcerated supporters of Anwar Ibrahim tried in vain to deliver a call to Mahathir to release their men who are incarcerated on the basis of the Security Decree that allows for imprisonment without sentence for up to 2 years. The prime minister also attacked the opposition directly during the Congress. He accused Anwar Ibrahim’s Reformasi party of “using mafia methods to achieve their goals” and he accused PAS of being “more interested in power than in religious values”. He also accused PAS of teaching “innocent children to hate ONMU so that they can become PAS supporters for life.”

In December 2001, Tuanku Syed Sirajuddin ibni al-Marhum Syed Putra Jamalullail was crowned. He replaced Tuanku Salehuddin Abdul Aziz Shah ibni al-Marhum Hisamuddin Alam Shah, who had been ruling since April 1999. The new Congress began his tenure earlier than expected when the old king died. The new king was born in 1943 and completed his studies at the Military Academy in Sandhurst.

While in April 2002 Parliament was considering a new immigration law, the government gave a deadline to the country’s illegal emigrants. They would have to “surrender” if they wanted to avoid punishment in the form of whipping, imprisonment or fines. Following a conference in Bali attended by Asian and Pacific ministers who decided to take joint steps against human smuggling, the Malaysian authorities are intensifying their persecution of illegal immigrants – most Indonesians or Filipinos. Immigrants make up 20% of the country’s workforce and play a key role in construction and agriculture. Over half of the immigrant workers are illegal. In August 2002, the new law on illegal immigration came into force, leading to thousands of immigrants leaving the country. 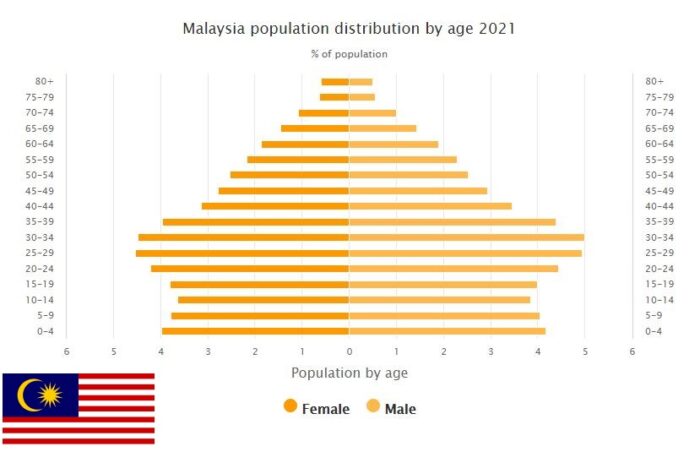