Malawi. Former President and dictator Hastings Banda, who was acquitted in a murder trial in December 1995, publicly apologized in January for the suffering inflicted on his regime, but at the same time denied personal responsibility. Two of his former co-workers were arrested in September as suspected of having planned the murder of three ministers.

Opposition leader Chakufwa Chihana – chairman of the Alliance for Democracy Party (AFORD) – left the government on May 2. President Bakili Muluzi then made significant changes to the ministry, which was, however, still a coalition government with ministers from the largest party, the United Democratic Front (UDF), and AFORD. A month later, however, AFORD left the government.

Malawi becomes the first African nation with an embassy in Jerusalem

In the summer of 2021, Malawi will open its first embassy in Israel and choose to place it in Jerusalem. The decision is controversial because most countries consider the Old City and East Jerusalem to be occupied by Israel. Malawi has had diplomatic relations with Israel since 1964 but has so far had no mission there.

Arson at a Catholic institution

Members of a Muslim congregation are suspected of setting fire to a Catholic school in the Machinga community in southern Malawi. The head teacher at the school has previously refused to accept Muslim girls wearing the hijab to cover their hair. The head teacher’s office is completely destroyed in the fire. Conflicts between Christians and Muslims are rare in Malawi, but similar incidents have taken place in recent years (see 5 November 2019).

The think tank Chatham House pays tribute to the judges of the Malawi Constitutional Court for their independence. The judges are awarded the internationally prestigious Chatham House Prize for showing courage and independence and for defending democracy by annulling the rigged 2019 presidential election (see 3 February 2020).

Ex-minister is convicted of abuse of power

The country’s former interior minister Uladi Mussa is convicted of illegally issuing passports to foreign nationals during his tenure in 2012-2014. The court finds Mussa guilty of forgery, misconduct and abuse of public office. The sentence is set at five years in prison. Mussa is the deputy chairman of ex-president Peter Mutharika’s party, DPP, and has previously said that he is interested in running for chairman at the next party congress. 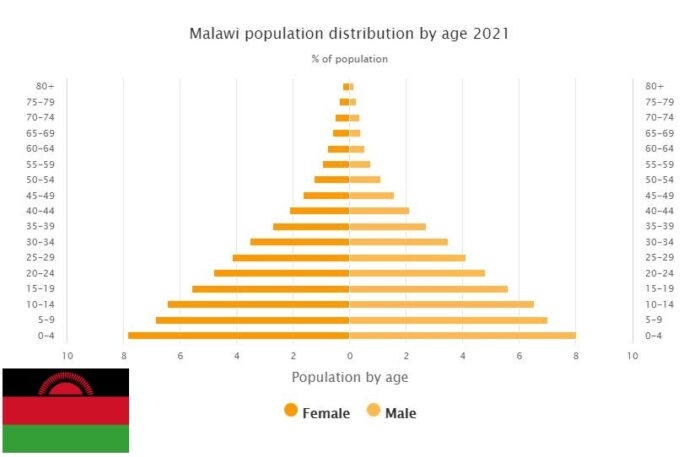 History – The endemic political conflict, characteristic of the country, continued to create serious obstacles to the action of President Bingu wa Mutharika, of the Democratic Progressive Party (DPP), elected in 2004. Reconfirmed in 2009, Mutharika accentuated the authoritarian traits of his government by extending a widespread control over the media and repressing all forms of opposition. In 2011, the use of the army to face the protest of the population, fueled by the difficult economic and political situation, caused dozens of deaths and hundreds of injured and was harshly criticized by donor countries who decided to suspend aid. A tough diplomatic confrontation broke out in particular with the United Kingdom, among the country’s main financiers. This had very serious repercussions on the already fragile economy of Malawi which, deprived of foreign financing, had to face a very serious crisis.

In 2012 Mutharika, suffering from a heart attack, died. He was replaced, not without disagreements, by the outgoing Vice President Joyce Banda, the first woman to hold this position. Among his first acts was to resume diplomatic relations with the United Kingdom and to normalize relations with the international community, so as to allow the restoration of aid. To obtain additional funds, he also accepted the requests of the IMF (International Monetary Fund) and devalued the local currency. These decisions ensured new flows of currency that allowed the economy to revive. Internally, democratic guarantees were restored and the law that criminalized homosexual relations was suspended. The fight against corruption was also relaunched but in 2013 a serious scandal hit the same members of the government, effectively jeopardizing the re-election of Banda. In the presidential consultations of May 2014, after counting a part of the votes, Peter Mutharika – brother of Binguwa Mutharika – was ahead of the other candidates.

However, Banda denounced fraud and irregularities, declared the vote void and ordered new consultations within 90 days, announcing that it did not intend to reapply. However, his decision was invalidated by the High Court of Malawi, after protests by the Electoral Commission that the cancellation of the elections was not part of the presidential prerogative. Mutharika was proclaimed the winner with 36.4% of the votes and Banda accepted the result.