Bulgaria. An economic reform program began at the beginning of the year when privatization coupons in 1,063 state-owned companies were sold to citizens. However, the economy in the country became worse during the year, and half of the state’s budget was used to pay interest. GDP fell by eight percent, and inflation amounted to 260 per cent at the end of the year. The currency dropped in value, and the foreign exchange reserve decreased. In November, the financial crisis became acute, and bank customers increasingly took out their savings and bought dollars. See sunglasseswill.com for Bulgaria travel guide.

The political consequences of the economic crisis were numerous. The November presidential election resulted in the opposition candidate, right-wing politician Petar Stojanov, being elected president. He received just under 60 percent of the vote, while the government candidate, socialist Ivan Marazov, received just over 40 percent.

The country’s socialist Prime Minister Zjan Videnov resigned from his post in the days before Christmas, both as head of government and as party leader of the Socialist Party, Bulgarian Sotsialisticheska Partiya, after he was severely criticized for his way of dealing with the economic crisis.

New party leader was appointed 39-year-old historian Georgij Parvanov, who, however, resigned the Prime Minister’s post. No new prime minister was appointed before the turn of the year.

King Simeon II returned to his homeland after 50 years. He was overthrown as a nine-year-old by the communist regime in 1946 and forced into exile. Simeon wants to establish constitutional monarchy in Bulgaria, for which there is only 16 percent support for opinion in the country.

The USSR and the Red Army invaded Bulgaria, while the resistance movement called for rebellion. General Kyril Stanchev’s troops entered the capital on September 8, and the Patriotic Front formed government under the leadership of Republican Kimon Georgiev.

Sofia signed a peace treaty with the Allies in October 1944. The Bulgarian forces under Soviet leadership contributed to the victory of the German troops in Hungary, Yugoslavia and Austria. During 1945, 2,680 death sentences and 6,870 prison sentences were issued during the war crimes processes.

Communist leader Giorgi Dimitrov returned in March 1945 after spending several years in the Comintern leadership. A few months later, a crisis broke out and imminent elections were postponed.

In the September 1946 referendum, 92% of the population voted for the formation of the Bulgarian Republic. In the October elections, the Patriotic Front obtained 364 seats in parliament, representing 70.8% of the votes cast, while the Communist Party gained 277. In November, Dimitrov took up the post of prime minister of the new government.

Britain and the United States recognized in 1947 the government; The National Assembly ratified the peace agreement with the Allies; the new constitution came into force and the Soviet troops left the country at the end of the year. After going into opposition, some of the former leaders of the Patriotic Front were arrested and sentenced to death for conspiracy.

The Bulgarian state, led by the communists, introduced the Soviet economic and social model. An industrialization campaign was launched, without distinction of the lack of raw materials and without the necessary training of the labor force, while compulsory collectivization was introduced in agriculture.

Dimitrov resigned in March 1949 and resigned to death the same year. Vulko Chervenkov succeeded him first as leader of the government, later as leader of the party. Todor Zhivkov was appointed First Secretary of the Communist Party in March 1954 and assumed the post of Prime Minister in 1962. Among the Warsaw Pact members, Bulgaria was the Soviet Union’s closest partner and in 1968 Bulgarian forces participated in the Soviet intervention in Czechoslovakia. 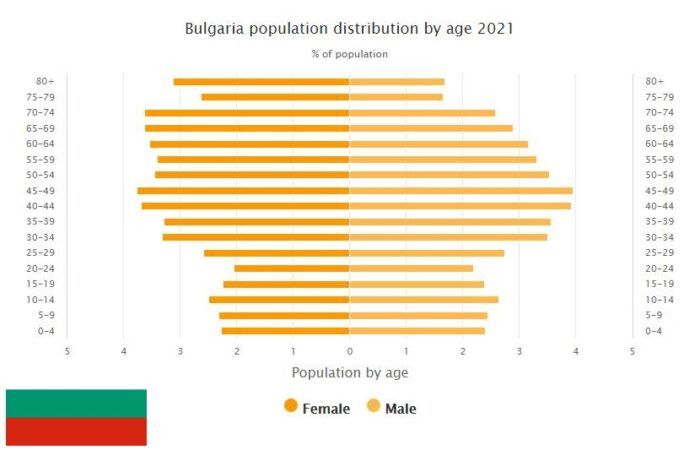