The country, which had been in a state of emergency since the 1962 uprising, increased its military dependence on Britain and the United States.

As far as internal economic policy was concerned, only the military was able to increase the appropriations. In August 1988, a total of 3,000 British soldiers and cucumbers from Hong Kong held a joint military maneuver in the jungle area of ​​the Sultanate. Interest from the United States increased as one could predict the need for the construction of military bases in Brunei if the North American forces were to be forced out of the Philippines.

In early 1991, Sultan Hassanal Bolkiah released six political prisoners who had been imprisoned since the failed coup in 1962. The release was presumably due to political pressure from Britain. The same year, Brunei signed a $ 150 million contract with Britain to modernize the army.

Brunei was joined, along with Vietnam and India, as a member of the Alliance Free States in mid-1992. The Sultan of Brunei, who represents the only unrestricted monarchy in the Far East, is also one of the world’s richest men.

In September 1992, Brunei, together with the other ASEAN members – Indonesia, Singapore, Thailand, Malaysia and the Philippines – signed an agreement to establish the first “common market” in Asia in 2007. This project envisages the establishment of “growth triangles”, or rather, the formation of federations between some of the ASEAN member countries, in order to liberalize certain economic sectors and thus prepare for full liberalization in 2007. Therefore, Brunei together with the Philippines, Malaysia and Indonesia formed an interregional market that could expand the exchange of tourism, fishing, as well as aviation and maritime transport.

The National Solidarity Party of Brunei – the country’s only political organization – held its first congress in February 1995, declaring its full support for the Sultan. The leader of the party, Abdul Latif Chuchu, also referred to a 1984 royal decree guaranteeing that the national structure of Brunei should be based on the principle of an Islamic, Malaysian, democratic monarchy. The official declarations that the state of emergency was prolonged were interpreted as an attempt at “opening” by the monarch. Brunei joined the World Bank and IMF in October 1995.

During 1996, the Sultanate pursued its strategy of making itself attractive as a “service country”. Negotiations with executives from Southeast Asia intensified in 1997 after the stock market crisis, with the aim of stabilizing the regional economy and establishing a development strategy. The meetings discussed the possibilities of using a local coin foot in interregional trade instead of the North American dollars.

Extensive forest fires in the Indonesian part of Borneo in early 1998, covered the sky over Brunei and greatly affected daily life in the Sultanate. In March, the Sultan led large joint prayers calling on the higher powers for rain that could put out the fires. As the situation worsened, the Minister of Health was dismissed.

In August 1998, the Sultan appointed his eldest son, Al-Muhtadee Billah as his successor. The message was given in a situation where the country was in the worst economic crisis since its independence. Only during 1999 did some recovery occur in the construction and export sectors. The government announced plans to upgrade a large part of the workforce within a period of 5 years, with the aim of spreading economic activity and developing new sectors such as tourism. 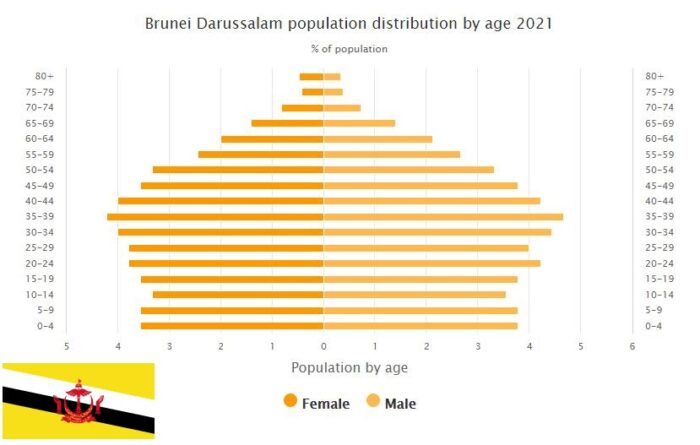