In the provisional government that Tito formed in 1945, there were only a few non-communist government members. Before the election, all parties other than LCY were outmaneuvered. On November 29, 1945, a constitutional assembly formally abolished the monarchy and proclaimed the Federal People’s Republic of Yugoslavia, consisting of 6 republics: Slovenia, Croatia, Serbia, Bosnia and Herzegovina, Montenegro and Macedonia. Furthermore, it should consist of 2 autonomous provinces: Vojvodina and Kosova respectively. the northeastern and southwest corner of Serbia.

During 1946, most opposition leaders were convicted and imprisoned. Dragoljub Mihajlovic, the leader of the Serbian royalist chieftains during the war, received the death penalty. Archbishop Stepinac in Zagreb was sentenced to 16 years in prison.

The Communists’ goal was to strike a balance between the different ethnic groups in the new federation. Macedonia was therefore established as an independent republic and Macedonian was approved as its own nationality and with its own language. The people of Montenegro were called Montenegrinians instead of Serbs. Bosnia and Herzegovina was established as an independent republic. Not least to avoid the problems of dividing the area between Serbia and Croatia, but also to satisfy the Muslims, who in 1948 constituted approx. 1/3 of the population in this part of the country. Vojvodina with its large groups of Hungarian and other minorities, as well as Kosova-Metohija, with its large Albanian population group were given special status as autonomous provinces within the Republic of Serbia.

In 1947, LCY joined the Soviet-controlled Kominform, but withdrew in the spring of 1948 due to disagreements with the Soviet Communist Party (SUKP). The conflicts with the SUKP had begun already during the war when Tito insisted on leading the Communist Party from Yugoslavia, and not from an exile in Moscow. They increased when, during the desperate battles of 1942-43, Stalin provided limited support to the partisans. Moreover, the Yugoslavs were dissatisfied with the Red Army’s attacks on the population as it participated in the liberation of Belgrade. The conflict culminated when Tito refused to let Yugoslavia become a piece of Stalin’s planned economic system for Eastern Europe.

The rift between Kominform and Yugoslavia caused Stalin to launch an economic blockade of the country, forcing it to strengthen its ties with the West and the Third World. 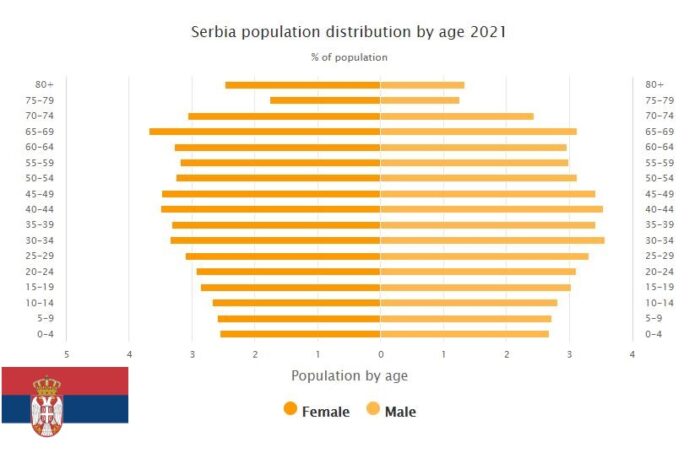