Seychelles. The Government’s Economic Development Act (EDA) adopted in November 1995 was met in February by protests from the UK, France and the US. Under the EDA, every person who invested at least $ 10 million in the country was guaranteed immunity from being expelled and having their assets seized. That guarantee was described by the G7 Group’s Financial Action Task Force as “a serious threat to the world’s financial system”. This prompted the Seychelles government, led by President France Albert René, to pass legislation that would prevent the EDA from being used to “launder” illegal money.

Victoria, capital of Seychelles; 21,200 residents (2012). Victoria, located on the northeastern coast of the island of Mahé, has the island’s only deep harbor, which is of great importance for the country’s foreign trade. The city is the country’s economic and cultural center. Here you will find teacher education and hospitals. Just outside the city, an international airport was built in 1971. 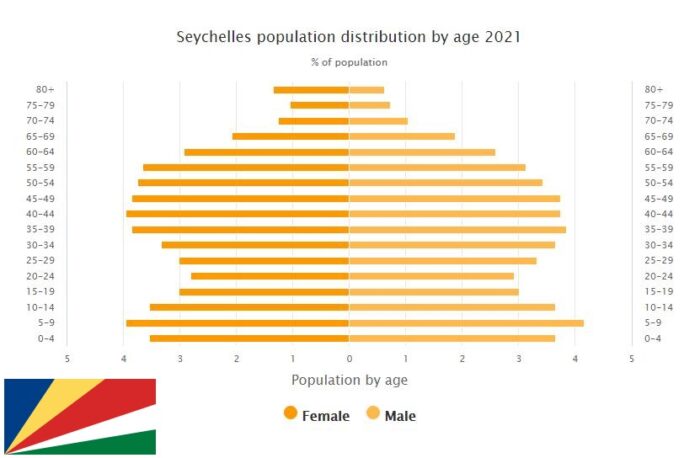 The Seychelles are made up of an archipelago of 115 islands located in the Indian Ocean, north-east of Madagascar. Most of the population lives on Mahé, the largest island in the archipelago and home to the capital Victoria. After a long dispute with France, which ended in 1814, the archipelago was an English colony until 1976, when, after gaining independence, it became a member of the British Commonwealth. The following year, Prime Minister France-Albert René, by overthrowing President James Mancham, gave the newly formed Republic of Seychelles an authoritarian political imprint. The country therefore came under the aegis of the socialist Seychelles People’s United Party (SPUP), whose leader assumed the posts of president and prime minister. In 1991, René’s regime had to loosen its authoritarian grip under pressure from the United Kingdom and France, which forced the government to make some democratic concessions: introduction of multi-partyism and the promulgation of a new Constitution, later amended in 1996. Still in force, the charter has sanctioned the adoption of a strong presidentialism, which traces the powers of the head of government to the figure of the president, elected by universal suffrage every five years. The National Assembly is unicameral and has 34 deputies, 25 of whom are directly elected with a majority system and nine with a proportional system. René held the position of president until 2004, when he was replaced by James Michel, confirmed head of state in the 2011 elections with a landslide victory, mainly due to the boycott of the two main opposition groups. Internationally, the Seychelles adhere to the Indian Ocean Commission (Coi) and the Association of French-speaking Nations. They have recently taken on an important role in the fight against Somali piracy which threatens boats bound for or from the Gulf of Aden. Due to its strategic geographical position, the archipelago serves as a hub for anti-piracy military operations and receives funds from the European Union (Eu), the United States and countries such as India, China and the United Arab Emirates. International support also characterizes the economic dimension of the islands. The World Bank (Wb) and the International Monetary Fund (IMF), in 2012, renewed and financially increased the commitment undertaken in the first two years of the crisis (2008-09) to guarantee the country a healthy economic system. To the welfare growth plans pursued by the Wb, are therefore accompanied by the reforms supported by the IMF, which should consolidate the improvements achieved in public accounts and encourage the development of the private sector through a revision of the tax system, the restructuring (and in some cases privatization) of parastate companies and the reduction of public subsidies. The economic policy adopted by Michel, starting with the devaluation of the currency and the introduction of a liberal law on investments, has improved the general picture. The country was thus included by the Wb in the ‘ upper middle income’ range, which offered new opportunities to join the World Trade Organization (WTO). The tertiary sector, which makes up 82.5% of the national GDP, is in sharp recovery, thanks above all to the record increase in tourist flows in 2010 (revenues equal to 25% of total GDP). The industrial sector, on the other hand, contributes just over 15% of the GDP. It is mainly driven by the tuna canning sector, one of the largest in the world. Finally, the primary sector is underdeveloped and is mainly linked to fishing.