The country’s oil deposits were discovered in 1964 and commercially exploited from 1967. Since then, oil has been the focal point of the economy and accounts for half of the gross domestic product. More than half of the country’s population is employed in agriculture. They cultivate the narrow coastal strip that is the only one suitable for farming.

With assistance from the United States, Qabus created a rental army to fight the People’s Front for the liberation of Oman and the Arabian Gulf. When the army became insufficient, he signed an agreement with Shah Reza Pahlevi on the deployment of Iranian troops in the conflict.

The guerrillas had to retreat because of the military superiority of the Iranian force. At the same time, the Iranian troops remained in the country, virtually made Qabus’ regime their protectorate, and brought full control over the important Strait of Hormuz.

Following the fall of the Shah in 1979, the Iranian troops were quickly replaced by Egyptian commandos and soldiers. The Sultan also decided to leave the US island of Masirah as an airbase. It was later followed by the bases of Ihamrit and Sib, as well as the naval bases of Matrah and Salalah. Two-thirds of the country’s state budget was reserved for the military.

Oman is strategically located as the country has full control of oil traffic out of the Persian Gulf. That caused the US to concentrate its efforts on getting stuck in the area.

The country’s isolation has gradually been lifted following Qabus’ takeover of power. It has been opened to foreign capital and limited educational and cultural development has taken place. Yet, the regime has retained its authoritarian orientation that characterizes old feudal societies. The only opposition is the People’s Front for the liberation of Oman and the Arab Gulf, which in 1980 abandoned the armed struggle. It has sought to form a democratic front in alliance with the Arab nationalist sectors. In particular, it has emphasized support for the Palestinian cause, and for all foreign troops to leave the country.

During the war between Iran and Iraq in the 1980s, the US presence in Oman was reinforced. The superpower reached 10,000 troops in the country – mostly at the base of Masira, where nuclear weapons are located and where Rapid Deployment Force aircraft are stationed. During the same period, Oman purchased 2 squadrons of F-16 fighters.

In June 1989, the Oman Petroleum Development Corporation was able to report the discovery of the largest natural gas discovery over the previous 20 years. In March, Oman initiated a more conciliatory course vis-à-vis Iran and entered into an economic cooperation agreement conditional on the development of political stability in the region.

In the wake of Iraq’s invasion of Kuwait and the subsequent Gulf War, Oman suspended its financial aid to Jordan and the PLO. That same year, the foreign ministers from Egypt, Syria, the United States and the 6 Gulf states signed an agreement in Ryad to preserve the region’s security.

In 1991, the government also published a plan for democratizing the country, which included the creation of a parliament to be directly elected by the people.

With the prospect that the country’s oil reserves will be exhausted before the year 2010, the Sultan launched a plan for diversifying the economy with the aim of developing fisheries, agriculture and tourism in particular.

Since 1981, the country had run with a government deficit and in 1995 it had the World Bank declare that the state’s level of spending could not be “maintained”. It prompted the Sultan to publish a program for reducing public spending, a number of privatizations and steps to promote foreign investment. 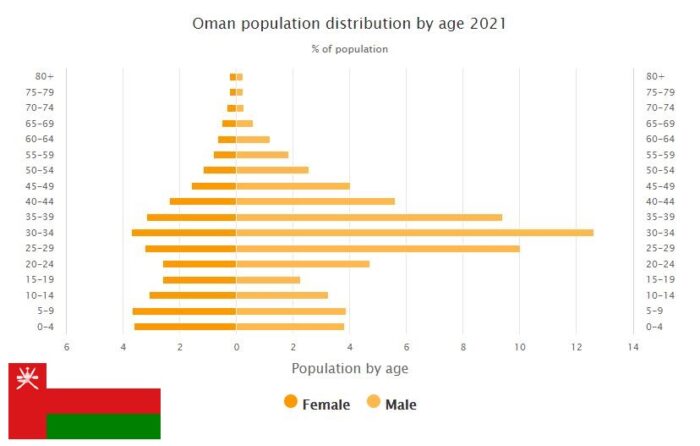