Pakistan. Pakistan was in deep crisis in 1996. In Karachi, the country’s financial center, the unrest between security forces and immigrants from India, the so-called Muhajirs, continued. Almost 200 people were killed by bomb attacks in the Punjab province, without a single assailant being arrested. Extremist Shia and Sunni Muslims performed massacres on one another, and common crime with violent incidents increased greatly. The country’s economy was disastrous. In the February budget, the government greatly increased VAT to reduce the deficit and prompt the International Monetary Fund to resume the payments of a $ 600 million loan frozen in 1995. The government needed to withdraw an additional $ 1 billion in a short time. The tax hikes triggered strikes across the country and bloody crowds. New tax increases came when the budget was revised in October, then the currency, the rupee, was devalued by 8%. The intention was to speed up exports to strengthen the dangerously low foreign exchange reserves. However, the tax increases caused a large part of industrial production to slow down.

Prime Minister Benazir Bhutto clashed with President Farooq Leghari over the right to appoint high judges and was rebuked by the Supreme Court for his attempts to limit the independence of the judiciary. Bhutto also challenged public opinion in July by appointing his husband, businessman Asif Ali Zardari, as investment minister. He had a reputation for being extremely corrupt and improperly involved in several large state business.

A severe crisis for Bhutto was also the September assassination of her brother Murtaza. He had broken up with his sister and countered her politically. Suspicions were directed at the Prime Minister’s circle, and in December Asif Ali Zardari was indicted for the murder.

In early November, President Bhutto resigned. Parliament was dissolved and new elections were announced until February 3, 1997. The President motivated the dismissal by the government’s inability to cope with the crimes of violence, violations of human rights, corruption and slanderous policies and contempt for the justice system. Former President of Parliament, 80-year-old Meraj Khalid, was appointed to lead a neutral interim government. Bhutto vainly appealed the dismissal to the Supreme Court. See weddinginfashion.com for Pakistan arts.

In January 2006, 18 civilian Pakistanis were killed as the United States bombed a tribal area near the Afghanistan border. The attack was reportedly targeted at No. 2 in al-Qaeda, Ayman al-Zawahiri, which, however, was not in the area.

In February, the country – like the rest of the Muslim world – was characterized by extensive demonstrations aimed at Denmark, which a few months earlier had launched an anti-Muslim campaign, cited by the daily newspaper Jyllandsposten. The Danish embassy in Islamabad was temporarily closed and the Pakistani ambassador to Denmark called home for consultations.

In March, US President George W. Bush visited Islamabad, taking the opportunity to commend military dictator Musharraf for his “bold decision” to join the “war on terror,” and at the same time praised the US and Pakistan’s “strategic cooperation” in this fight. A few days earlier, a suicide bomber in Karachi had killed a North American diplomat and 3 Pakistanis.

Perez Musharraf admitted in September 2006 that in October 2001, the United States threatened the country with annihilation if it did not support the US attack on Afghanistan. In previous years, Pakistan had been the architects behind the installation of the Taliban ruled in Afghanistan, and it was precisely this rule the US now wanted to remove. Hence the cash threats to Pakistan. The country did not want to go out with the superpower, therefore severed ties with the Taliban and supported the United States in the attack on Afghanistan.

The US government declared in August 2007 that the superpower “would not hesitate to bomb Pakistan if it received intelligence that members of al-Qaeda or the Taliban were staying there”. At the same time, the government declared itself incomprehensible to Islamabad as opposed to North American bombing of Pakistan.

In 2007, military dictator Musharraf sought to give the country a more democratic facade by allowing parliamentary elections. In September, Musharraf’s political opponent, Nawaz Sharif, returned to Pakistan after eight years of exile. However, he was detained by the authorities at the airport and subsequently chose to return to his exile. However, the following month Benazir Bhutto of the PPP was allowed to return from his exile. Already during her drive from the airport to the center of Karachi, her convoy was hit by a suicide bomber that killed 139 and wounded 450. Bhutto himself was not hit. On December 27, however, she was caught dead when a new suicide bomber struck in Rawalpindi. In addition to Bhutto himself, 23 others were killed. Musharraf and the US immediately blamed al-Qaeda’s assassination, but Musharraf’s own – and particularly active – military intelligence had a far greater interest in getting Musharraf’s worst political opponent out of the way. The murder was unresolved.

The attack threw the country into political crisis. Parliamentary elections were scheduled to be held on January 8, 2008. This was postponed for 1 month. The February election was won big by Bhutto’s PPP, who got 30.6% of the vote and 121 seats in parliament. It was followed by Pakistan Muslim League (N) which got 19.6% of the vote and 91 seats. Musharraf’s main support party, Pakistan Muslim League (Q) had to settle for 23.0% and 54 seats. An alliance of PPP, PML (Q) and a number of smaller parties agreed to elect PPP Vice-President Yousaf Raza Gillani as prime minister, and this was put in the post in March. In August, Parliament decided to sue Musharraf for a state court. Everything pointed to the fact that the United States’ close allies were advancing their political and military careers. Musharraf resigned 10 days later, after the United States had slapped the hand of its former ally. US overall policy towards the country is guided by the desire to prevent Pakistan’s “bomb” from falling into the wrong hands. For some periods this function is best fulfilled by a military dictatorship (1999-2008). In others, it is best fulfilled by parliamentary democracy. Musharraf’s resignation was met with cheering scenes across the country. In the subsequent presidential election, Asif Ali Zardari of the PPP won a landslide victory and was deployed to the presidential post in September. 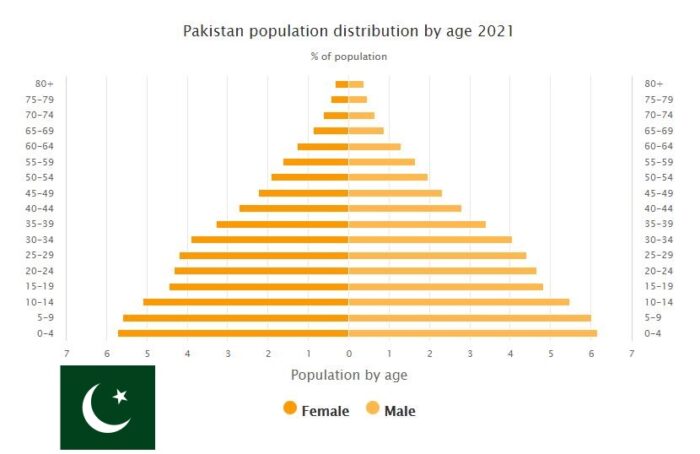