Burma. Although Nobel laureate Aung San Suu Kyi was released from house arrest in 1995, the military junta’s harassment continued by her and her National League for Democracy (NLD) party throughout 1996. She defied the military by holding public meetings outside her home. Sometimes the meetings were allowed, other times the audience was prevented from even getting close to her house. Most of the participants were arrested before the NLD’s planned party congress in May, and eleven of them were later sentenced to every seven years in prison. However, the congress was implemented and resulted in plans for an alternative to the constitution that a government-controlled national conference is writing and tailored to prevent Aung San Suu Kyi from ever coming to power. Soon the regime’s response to NLD’s plans came: up to 20 years in prison for those who interfere with the work of the Constitution. At the same time, the junta started a smear campaign against the NLD and Aung San Suu Kyi in person. A new attempt by the NLD to hold a party congress in September was disturbed by similar mass arrests. In early December, hundreds of students conducted the largest demonstrations in several years, and Aung San Suu Kyi was again barred from leaving the residence.

A close friend of Aung San Suu Kyi, the businessman and Honorary Consul Leo Nichols, was sentenced in May to three years in prison for, among other things. illegal use of a fax machine. After a short time, he died in the cell, according to authorities of myocardial infarction but according to his acquaintances probably from the abuse.

Opium king Khun Sa surrendered to the army in January under circumstances that aroused suspicion that he had agreed to the regime. The United States pledged a $ 2 million reward to anyone who could get him convicted of drug trafficking, but the government announced that he would not be extradited. In November, Khun Sa was reported to be a businessman with interests in tourism, among other things. See weddinginfashion.com for Myanmar trips for families.

During the year, the US and the EU decided to refuse entry to Burmese junta. But Burma is supported by its Southeast Asian neighbors and has been promised an early entry into the ASEAN partner organization.

In September 2007, the junta faced its biggest challenge in 20 years. Large crowds demonstrated against rising energy and food prices and for democracy. The country’s many Buddhist monks marked themselves as the driving force behind a wave of popular protests. The protests were brutally turned down. The use of violence provoked disgust both in Myanmar and internationally. The regime tried to darken the dramatic trend by stopping the news flow out of the country, including blocking the Internet. The Norwegian-based radio station and the website, Democratic Voice of Burma (DVB), became an important source of information with its broadcasts from Oslo.

Ahead of the wave of protests, in January 2007, China and Russia had halted a UN Security Council resolution urging the junta to stop oppression of opposition groups and ethnic minorities. The resolution came as a reaction to the army’s new offensive against ethnic minorities in the conflict areas southeast of the country. In June 2007, the International Committee of the Red Cross broke its usual neutrality with a strongly worded criticism of the army’s abuse.

The protest wave was triggered by growing discontent over increasingly difficult living conditions. According to UN statistics, Myanmar was one of the 20 poorest countries in the world, with an annual average gross domestic product (GDP) of USD 1700. About 40 percent of the state’s revenue was spent on one of the world’s largest armies, with about 400,000 active-duty soldiers. Grants for school and health care were among the lowest in the world.

In 2007, Myanmar authorities removed the subsidies on fuel, so that prices more than doubled. Thus, food prices also rose. On August 19, activists from the 1988 student movement led a major demonstration in Yangon against the rise in prices. The leaders were immediately arrested, but Myanmar’s monks soon appeared. On September 22, thousands of monks marched in the first mass demonstrations through Yangon and Mandalay.

The protests grew in strength, spread to several cities, and now included demands for greater freedom and democracy. On September 24, 2007, tens of thousands of protesters marched through Yangon in the largest popular manifestation since 1988. Curfews were proclaimed, but many ventured into the streets nonetheless. They were greeted by soldiers who shot sharply into the crowd at the city’s largest shrine, the Shwedagon Pagoda. Police and military have now systematically launched raids and mass arrests across the country. Meanwhile, the junta leadership was at a good distance from the turmoil in its new capital, Naypyidaw.

Towards the end of September, the protests erupted. Many thousands had been arrested, including 4,000 monks. Diplomats who visited the monasteries in Yangon found them deserted and abandoned. Following international pressure, the government granted entry permit to UN Special Rapporteur on Human Rights in Myanmar, Paulo Sérgio Pinheiro, who had been trying to intervene since 2003. In November, he presented his first report, with evidence that at least 31 people had been killed during the unrest in Yangon.

The political reactions from the outside world lacked a comprehensive strategy. The West tightened somewhat on its restrictions, but without agreeing on a uniform policy of sanctions. China, India and Myanmar’s other Asian neighbors in the ASEAN Alliance rejected the United States’ call for economic blockade and diplomatic isolation. 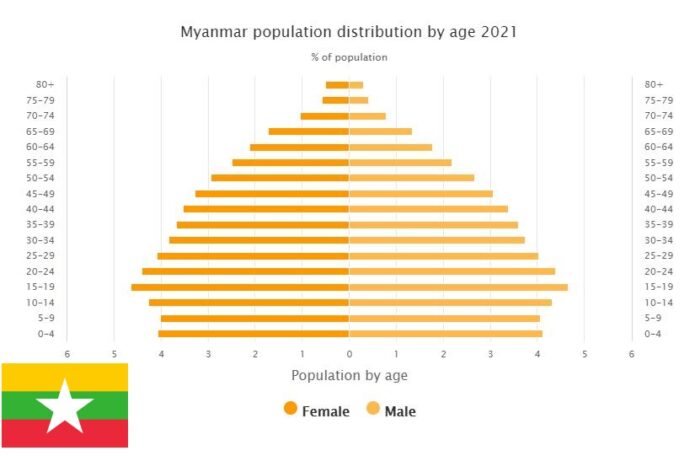