Morocco. In a referendum in September, Morocco’s residents voted in favor of a constitutional amendment that would establish a second chamber in Parliament. The new chamber is mandated to put a vote of no confidence against the government.

The idea is that the members, who are elected indirectly, will represent parts of the country that previously had no major influence on politics. The constitutional amendment was supported by both King Hassan and the government as well as by most of the opposition.

In November, the king gave the go-ahead for direct talks between the government and guerrilla Polisario, who are fighting against Morocco’s occupation of Western Sahara. One condition for the talks, however, was that some independent Western Sahara is not discussed.

Freedom of expression continued to be severely restricted. Criticism of the king or government was not tolerated. In June 2010, journalist Taoufik Bouachrine on the Akhbar al-Youm Al-Maghribya daily was sentenced to six months in prison for criticism of the king and the government. In 2009, journalist and human rights activist Chekib El Khiari was sentenced to three years in prison after writing about senior government officials’ involvement in drug trafficking and corruption. In July 2010, the Ministry of Communications issued a decree requiring TV stations to apply for permission to report outside the capital. That same month Nicholas became the weekly magazine forced to close due to an advertisement boycott launched in the efer leaf in August 2009 had conducted an opinion poll on the king. In October, the Ministry of Communications closed Al Jazeera’s office in Rabat. The TV station was accused of “damaging Morocco’s territorial integrity” by referring to Western Sahara.

In October, several thousands of Saharui refugees set up camp in Gdim Izik in protest of their marginalization, lack of jobs and housing. In November, security forces attacked the camp. 13 were killed and hundreds more injured. Authorities arrested about 200 Saharuis, many of whom could later report how they had been subjected to torture. Authorities then banned Moroccan and foreign journalists from traveling to the area.

Wikileak’s revelation of the kleptocracy of Arab dictatorships in late 2010 triggered the “Arab Spring” that cost the West’s allies in Tunisia and Egypt. In February 2011, spring reached Morocco when thousands walked on the streets in solidarity with the “Egyptian Revolution” and with demands for democracy. In Marocco. It happened under the words “Down with the autocracy” and “The People Will Change the Constitution”. The demonstrations spread throughout the country and were characterized by some violence and abuse by security forces. At the same time, the requirements were tightened. The protesters demanded the departure of Prime Minister El Fassi. He was described as corrupt. On March 9, the king sought to curb development by promising constitutional amendments. However, the demonstrations continued. On March 20, demonstrations were conducted in 60 cities across the country demanding more far-reaching reforms than the king’s plan; fighting corruption; an independent judiciary; choice; and jobs.

On April 28, 2011, a bomb exploded at a cafe in Marrakesh. The assault cost 17 lives. The regime placed the responsibility on al-Qaeda in the Islamic Maghreb (AQIM), but AQIM who otherwise tend to take responsibility for its terrorist actions refused to have anything to do with this attack. There was therefore also speculation as to whether the Moroccan intelligence was behind, with the aim of stifling the protest movement. In that case, the strategy failed. On May 8, thousands in Marrakesh demonstrated in protest against the attack and demanded reform. It made the regime change strategy. During the next demonstration on May 22, the security forces pursued democracy protesters around the streets of Rabat and gave them a go. At the same time, democracy activists and other system critics began to disappear. 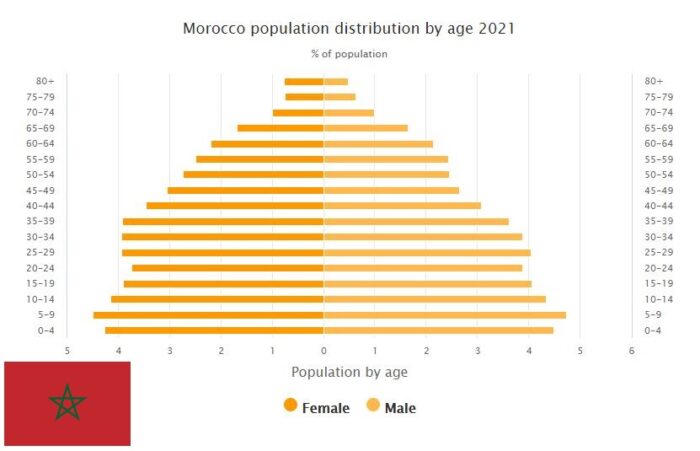