Montenegro has not been an independent state for very long and has been repeatedly influenced by other countries and cultures. One could call the resulting advantage the diverse cuisine of Montenegro. You can find traces of Italian, Austrian, Serbian, Turkish and also Hungarian cuisine.

Depending on which region you eat in Montenegro, something different is served up: fish more on the coast and goat meat in the mountains! Religion also influences the food, so in Muslim regions like Ulcinj you rarely find a pork schnitzel. Muslims are not allowed to eat pork.

When is there what?

Mornings in Montenegro are usually not very large. You usually have a coffee and maybe eat bread with it, for example with cheese. At lunchtime there is even more, because that is the main meal in Montenegro. The food is then often warm and rich, because it is supposed to strengthen you for the rest of the day.

In the evenings, the meals are not that generous, but they usually eat together with the family. You sit together and end the day with a few little things, maybe even the leftovers from lunch.

How to cook in Montenegro

The peculiarities of the Montenegrin cuisine do not start with the food itself, but also with the preparation. That is how people cook with a Sartsch. This is a kind of metal lid in which meat dishes are usually prepared. You cover it with hot embers and ashes (of course not on the food, but only to warm it up). This supposedly keeps the meat particularly juicy. This is how you cook both in the country and in restaurants. 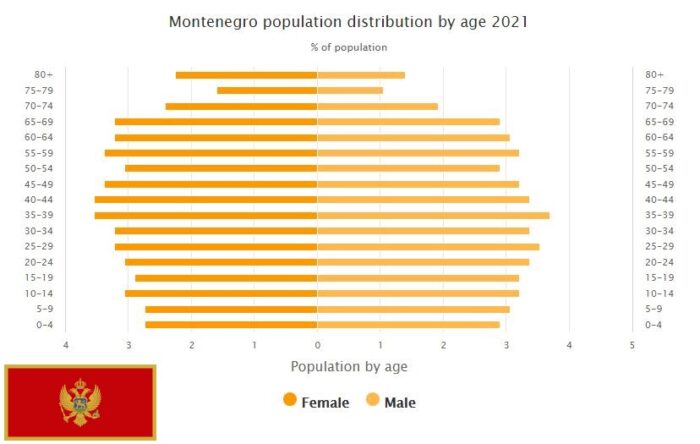