Guinea. In early February, a coup attempt was carried out in the capital Conakry. About 2,000 soldiers made mutiny and demanded pay raises, faster promotions and larger food rations. About 70 people were killed during the riots, of which twelve were killed when a hand grenade exploded near the presidential palace. The soldiers returned to duty as President Lansana Conté promised improved terms of employment. The coup attempt had repercussions, and in April the governor of Conakry, Ousmane Camara, was relocated.

Guinea received at least 100,000 people who fled the bloody fighting in Liberia in April.

The financial situation deteriorated during the year. Guinea is one of the 48 least developed countries in the world, the LDC countries, with falling GDP, increased debt burden and a declining share of international aid.

Guinea was declared Ebola freely by the WHO at the end of December 2015. The disease had then cost 2,535 lives. In March 2016, however, a new series of cases was registered and 800 were quarantined.

In June 2016, security forces mistreated a truck driver in the northern city of Mali. It triggered riots and over the following days 14 civilians were injured – by gunshots and after being beaten with lace. In August, police shot and killed Thierno Hamidou Diallo while standing on his balcony attending a peaceful demonstration through Conakry. The demonstration was organized by the opposition and 5-700,000 people participated.

Journalists and trade union activists were routinely harassed, arrested and convicted of “contempt for the president” or for publishing fake news. Arrestors were routinely subjected to torture.

In 2016, TV station France 24 released a tape recording revealing that British-Australian mining company Rio Tinto had paid a Guinean official $ 10.5 million. US $ for mining rights to the Simandou mine. The official was François de Combret, a close acquaintance of the president. President Condé claimed that Combret had received the bribe on his own behalf, but tape recordings revealed that the president was aware of the deal and was himself involved. Rio Tinto admitted in November the bribe. Studies have shown that several other mining companies were involved in bribery cases in order to gain mining rights in the country.

In January 2017, Guinea took over the rotating presidency of the AU.

Local elections were scheduled for holding in February but have since been postponed to 2018. 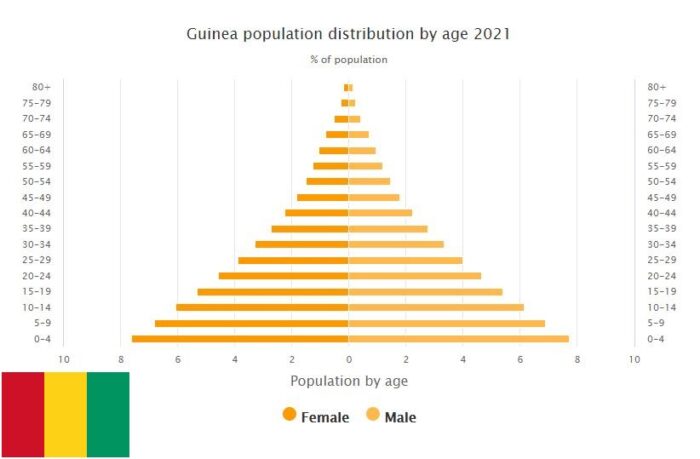