The composition of the government was changed in January at the request of President João Bernardo Vieira, who called for more efficiency in the administration. Prime Minister Manuel Saturnino da Costa appointed two new ministers, while eleven were given new or changed duties.

Per capita GDP rose in 1995, and it belongs to the LDC countries, the world’s 48 least developed countries, which report a rapidly growing economy. Guinea-Bissau, however, is highly dependent on aid and, according to the International Monetary Fund (IMF), is one of the 20 countries on earth that are so debt-burdened that they can never clean up the economy on their own.

According to the World Bank, the country should therefore be allowed to write off its debts. The country has been a member of the newly formed Commonwealth for Portuguese-speaking countries since July 17, the Comunidade de Paises de Língua Portuguesa (CPLP), which consists of Portugal, Brazil, Angola, Mozambique, Cape Verde and São Tomé and Príncipe. The CPLP is working to strengthen the Portuguese’s position in the world and to expand the economic and political cooperation between the countries.

In January 2015, the Angolan Government reaffirmed its willingness to continue to contribute to programs and initiatives that could create stability, peace and development in Guinea-Bissau.

Also in January, the country underwent the periodic review of human rights in the UN Human Rights Council. It accepted most of the council’s recommendations. In general, the human rights situation was significantly better than previous years.

In August, President Vaz fired the Pereira government – in violation of the constitution and during parliamentary protests. Instead, he replaced Baciro Djá as new prime minister. However, this lasted only for 20 days. Two days after he presented his government, the Supreme Court knew his deployment as contrary to the constitution, and in November, Djá was excluded by PAIGC, accused of accepting his post as prime minister in August contrary to the party’s laws. To replace Djá, President Vaz Carlos Correia put in the post. He and Vaz could not agree on who should occupy the posts as Minister of the Interior and Energy, and Correia therefore temporarily took over those posts.

2016 was marked by continued tensions between President Vaz, government and parliament. In January, the National Assembly Permanent Commission excluded 15 parliamentarians for not supporting the government program. The political tensions were further intensified when Prime Minister Correia was fired in May. Two weeks later, Baciro Djá was appointed prime minister. It sparked fierce protests, with police using tear gas to disband the protesters who threw stones and burnt tires outside the presidential palace. 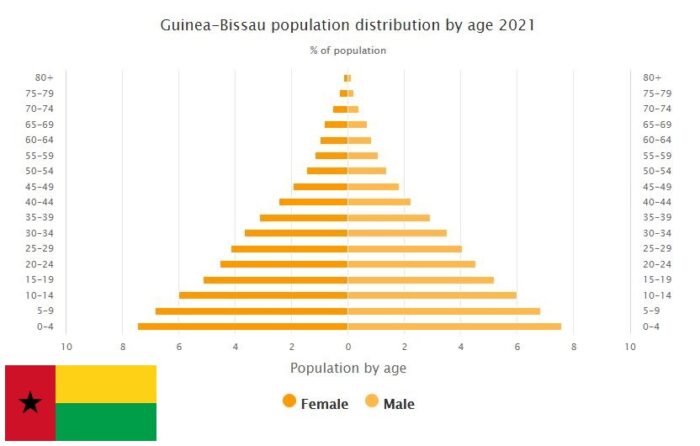