Czech Republic. In June, the country held its first general elections since the Czech Republic and Slovakia went separate routes in 1992–93. The election was a disappointment for Prime Minister Václav Klaus and his party Občanskaokratická strana (Democratic National Party). Nevertheless, Klaus, with President Havel as mediator, managed to form a center-right minority government with 99 of the 200 seats in the People’s Assembly.

In November, the Czech people voted again. This time to appoint representatives to the newly created Senate with its 81 seats.

Little is known about where the first peoples of the central Danube area came from, beyond the traces of the Boi, a Celtic tribe that gave Bohemia its Latin name. The Celts were easily displaced by the Germans and then by the slaves in the 6th century as the Germans continued to the south.

The forests and mountains protected the inhabitants, but the lowlands that extended north of the Danube were invaded several times by the Avars. The slaves resisted the pressure because they had leaders like the Frankish merchant Samo who were able to unite the tribes. Bohemia experienced relatively quiet times in the 8th century after Karl the Great defeated the Avars.

At the beginning of the 9th century, three political centers of power were counted: the Nitras Plain, the valleys of Lower Moravia and central Bohemia. The slaves from Bohemia, the so-called Czechs, gained control of most of the area. The first Czech prince was Mojmir the 1st, who extended his domain to Nitra. His successor, Rostislav the 1st, institutionalized the state and consolidated relations with the East Frankish kingdom as a means of preserving sovereignty.

The Franks sent the first missionaries to Nitra and Bohemia, but Rostislav did not accept the use of Latin and requested Slavic preachers. The monks Constantine and Methodio arrived in the year 863 at the head of a group of Greek priests who drew up the first Slavic alphabet and translated the sacred texts.

Metodio received great recognition from Rome for his efforts in Moravia and in Panonia, forming a clerical province with close links to the Archbishop of Sirmium. Because of his success, the Frankish religious hierarchy considered Methodo an enemy and he was taken prisoner and imprisoned until the year 873, where he could return to the Moravia.

Rostislav founded Greater Moravia by being the first to unite all Slavic regions under one. Slovakia, which borders the northern Carpathian Mountains and Morova, joined the Great Morning.

The religious competition between Latin and Slavic stayed up through the expansive period of Bohemia. On Methody’s death in 885, his old enemy, the Frankish Bishop Wiching, strengthened his position in Moravia. Wiching expelled Methodio’s followers and obtained that the new pope forbade the organization of fairs in Slavic.

A year later the Czech expansion led to conflict with the Germanic kingdom. King Arnulfo sent an army to the Moravia in 892 and he later joined the Magyars to defeat the principality. During the period 905-908 the Moravian ravaged repeated invasions until Mojmir entered into an agreement with Arnulfo.

The increasing strength of the Germans, combined with the “resurrection” of the Roman papacy, meant that Bohemia lost much of its territory. With Bfetislav the 1st deployment in 1034, he managed to recapture part of the Moravia and Poland was invaded in 1039, but the Germanic King Henry III, forced him to retire, but the Hungarian crown retained Slovakia.

In order to maintain its independence, Bohemia was forced to actively participate in the Vatican campaign. In this way the Bohemian princes succeeded in being proclaimed kings by both parties. 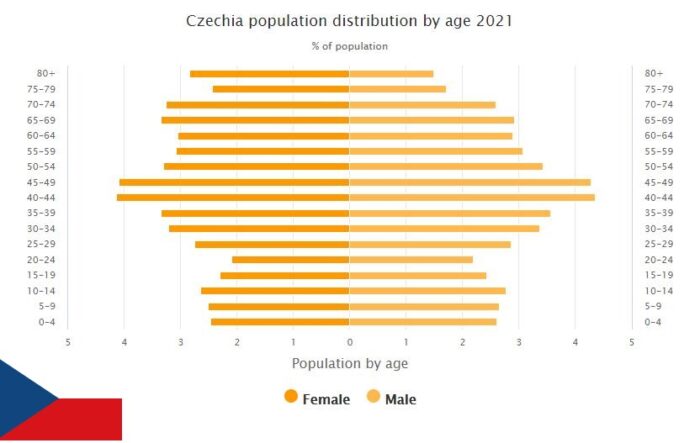