Cyprus. There is no solution to the Cyprus divide between Greeks and Turks. A peaceful settlement between the ethnic groups is necessary for the island’s planned negotiations for membership in the EU, but antagonism was soon reinforced in 1996. Two Greek Cypriots were killed and eighty injured in August in the riots that occurred when a few hundred motorcycle-born protesters crossed the so-called green line. between Greek and Turkish territory. A protester was beaten to death by Turkish counter-protesters, and in continuing protests a few days later, another Greek Cypriot was shot to death by Turkish Cypriot border guards as he tried to tear down a Turkish flag. In September, a Turkish Cypriot border guard was shot to death, and in October a Greek Cypriot man was killed as he entangled himself in Turkish territory.

On February 13, 1975, the Turkish federal state of Cyprus was proclaimed in the part of Cyprus that was under Turkish occupation, but not as an independent republic. Rauf Denktaş was elected president of the Turkish “state”, and elections to a legislative assembly were held in 1976. Negotiations between the leaders of the divided island in 1975-1977 did not proceed. Archbishop Makarios died in August 1977, creating fears about the stability of the Greek-Cypriot regime. Spyros Kyprianou was temporarily appointed president and elected when Makarios’ term expired in 1978.

On November 15, 1983, the Turkish zone declared itself an independent republic, under the name of the Turkish Republic of Northern Cyprus. State formation has not been recognized by countries other than Turkey, and its establishment was condemned by the UN Security Council.

After sharing, the Greek-Cypriot part of the island retained the status of the legitimate, independent Cypriot Republic, with participation in international forums. Spyros Kyprianou was re-elected in 1983, when the 1988 election won the partyless George Vassiliou, who lost in 1993 to Glafkos Klerides of the conservative Dimokratikos Synagermos (DISY).

Klerides sat as president until 2003, when he lost to Tassos Papadopoulos from the liberal Dimokratiko Comma (Diko). Cyprus is today a functioning democracy where several parties compete for power, and various coalitions have been established to secure a majority in the National Assembly; next to DISY, the Communist Party Anorthotiko Komma Ergazomenou Laou (AKEL) has been among the largest. After the 2001 election, AKEL formed a coalition government together with DIKO and the Social Democratic Kinima Social Democrat (KISOS).

Since 1975, the Turkish-Cypriot outbreak republic has also held elections on its own president and national assembly regularly. The dominant political figure has been Rauf Denktaş, who was elected president in 1983, 1985, 1990, 1995 and 2000. He resigned in 2005, followed by Mehmet Ali Talat of the Republican party Cumhuriyetçi Türk Partisi (CTP), who also got a majority in parliament.

Despite repeated attempts at mediation, some form of unification of the two parts of the island has failed to arrive. In 1992, the United Nations presented a plan for a united Cyprus, consisting of two politically equal groups of people in a bipartisan federation. Both Greece and Turkey favored the proposed solution, but Denktaş refused to agree to relinquish parts of the northern part of the island. A new round of UN peace talks took place in the summer of 1996, but the same year saw several violent episodes along the UN-monitored line dividing the island – the worst unrest since 1974.

The tense situation triggered fears that the conflict could lead to war between Greece and Turkey, prompting new political initiatives, including from the EU and the UK. The situation in 1996 also led to a further militarization of Cyprus, where 30,000 to 35,000 Turkish soldiers were deployed.

In the winter of 1997, Cyprus signed an agreement with Russia on the purchase of 300 anti-aircraft missiles, which led to strong reactions from Turkey, which considered the purchase an offensive act to change the balance of power in the region. The agreement with Russia also demonstrated the close relationship that developed between the two countries in the 1990s, when a number of Russian businessmen established themselves in Cyprus. 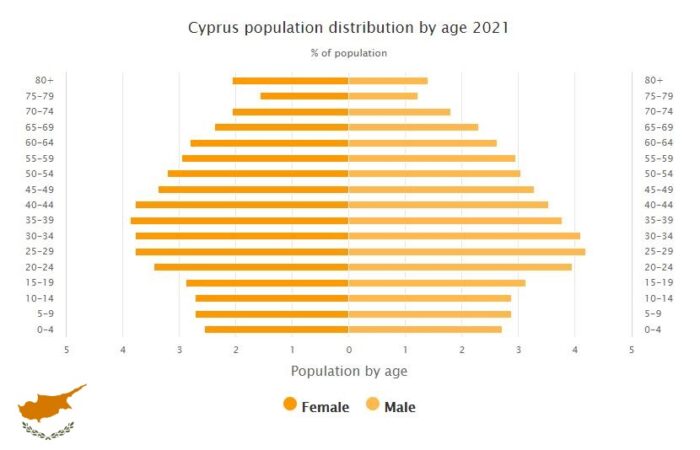