Cuba. Two private aircraft, which were deployed by an exile Cuban organization in the United States, Brothers to the Rescue, were shot down outside Cuba. of Cuban MiG plan February 24. The shooting took place in international airspace, and the UN Security Council approved a resolution condemning Cuba’s actions. As a direct result of the incident, the US Congress passed a law that made it difficult for countries to trade with Cuba. The so-called Helms-Burton law meant, among other things, foreigners whose businesses have financial interests in property confiscated by the Cuban state would not be granted entry visas in the United States. The law was highly controversial. The EU criticized it harshly. The UN General Assembly condemned both US financial sanctions against Cuba and the Helms-Burton law in November. Cuba’s president Fidel Castro got an audience with Pope John Paul II in mid-November.

During the first three or four years after the revolution, strong economic growth took place. the utilization of available production capacity. Social reforms and income smoothing led to a strong increase in demand for consumer goods, and employment of unemployed in industrial and agricultural production meant that the increased demand could be largely satisfied. Following high sugar harvest results in 1959 and 1960, agricultural production was sought to spread to products other than sugar and at the same time to build a national industrial production to replace previously imported goods. The aim was to reduce the dependence on sugar exports. At the same time, imports of luxury goods there before the revolution were extensively stopped. The share of finished goods in imports decreased from 31 to 15% in the years 1959-63, while the share of machinery and means of transport increased from 1 to 29%. However, this combination of reduced sugar exports and increased imports of industrial production led to large trade deficits, and the US trade boycott made this an acute problem. Eventually, Cuba also failed to produce enough to meet the ever-increasing demand for consumer goods, and in 1962 rationing was introduced on food products. This rationing has at times been quite fierce and harsher in cities than in the countryside. But it has not prevented everyone from getting a sufficient quantity of necessities. The rationing, together with the problems in the foreign economy, was a consequence of the rapid industrialization and the proliferation of production, and at the same time the seriousness of the Cuban economy. The country became increasingly dependent on foreign credits. The only source of these credits was the Soviet, Comecon and in the beginning also China.

The problems led to a comprehensive planning debate – both in Cuba, where large production conferences were held with several thousand participants, and among Marxist economists in Europe. (See: Plan Economy.) The development strategy that crystallized from this debate was based on the fact that Cuba must first promote economic growth, and then approach the final goal of the economic structure. In practice, this meant that the production spread had to be abandoned and one had to go back to the sugar as the currency-generating product. After several course changes in economic policy during the 1960’s, this policy was brought to its extremes when in 1969 the country tried to break all records and produce 10 million tons of sugar. The attempt failed and hit the rest of the production hard. 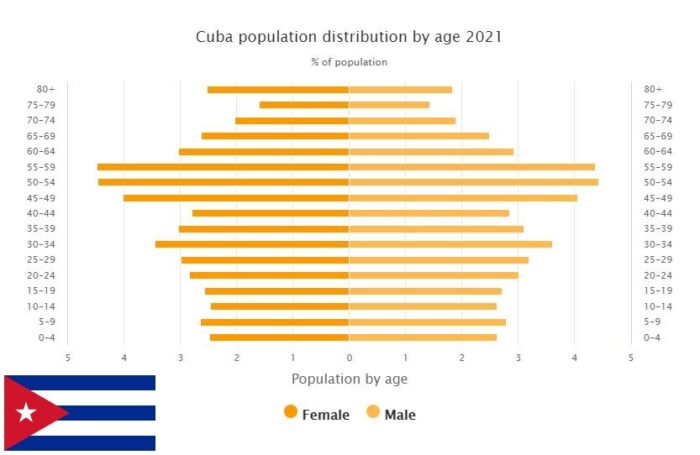