Cameroon. Border battles with Nigeria opened up in February on the Bakassi Peninsula. The two countries agreed to resolve the dispute before the International Court of Justice in The Hague.

Bribery is common in Cameroon, and the country is one of the most corrupt according to the German independent organization Transparency International, which has investigated the occurrence of bribery in 54 countries.

The African Cooperation Organization Organization of African Unity (OAU) met in the capital Yaoundé and agreed on the imposition of financial sanctions against Burundi to force a dialogue between the conflicting parties in the country.

Farmers’ real wages increased in Cameroon according to a report from the International Labor Organization, ILO. At the same time, the country is heavily indebted and cannot on its own clean up the economy. Before the country’s debt can be written off, the government must follow the International Monetary Fund’s proposals for economic reform for three years.

In October 2016, a serious train accident happened on the stretch between Yaoundé and the country’s second largest city of Douala. 79 were killed and 600 injured. President Biya visited abroad, returned home only 2 days after the accident and did not visit the wounded in the hospitals. This triggered criticism.

New protests erupted in the Anglophone areas in December 2016. Security forces attacked protesters, shot and killed 4 and arrested hundreds. Nevertheless, the demonstrations and protests continued throughout 2017, with the number of deaths in October reaching 17. As the regime’s rising repression, the demand for real independence grew, which simply triggered more repression. (Death toll rises in Cameroon’s Anglophone region unrest, al-Jazeera 3/10 2017)

In April 2017, journalist Ahmed Abba, who worked for Radio France International, was sentenced to 10 years in prison by a military court for “not reporting terrorist acts”. The verdict met international criticism.

The war in the north has drastically worsened the human rights situation in the country. Not only because of the murders and abductions of especially children by Boko Haram, but also the regime’s widespread arbitrary arrests and persecution of journalists.

As in several other African countries that have been targets of North American fundamentalist Christian missionaries, the rights of LGBT people are being severely suppressed in Cameroon. A large number are imprisoned solely because of their sexual orientation and are subject to frequent torture or mistreatment. 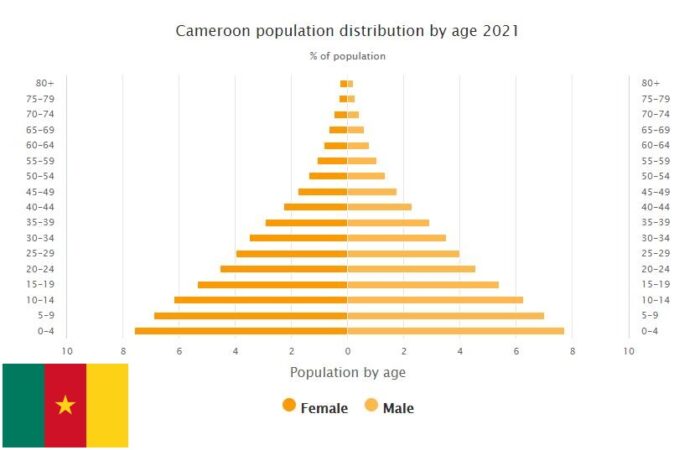