Brazil. During the year the landless farm workers’ demands on land continued to lead to conflicts. About 1,500 farm workers broke the ceasefire with the state of São Paulo on January 20 and occupied a privately owned large estate in the Pontal do Pamapanema region. The state government claimed that 40,000 families received land in 1995, but the landless pointed out that up to 5 million families were still without land, while 80 percent of the agricultural land was owned by 10 percent of the farmers. The conflict between authorities and landless reached a tragic peak on April 17, when 23 people were mauled by police in the state of Pará. Autopsy records following the massacre showed that ten of the dead had been arbitrarily executed. Among those killed was a three-year-old child. About 40 were injured. Survivors claimed that the police had attracted the landless to a meeting reportedly aimed at reaching a compromise and then conducted the massacre. The landless organization MST described the incident as a result of the government’s delay in land reform. President Fernando Henrique Cardoso appealed to Congress to give priority to legislation on the expropriation of uncultivated land and appointed Raúl Jungmann to a new post as Minister of Land Reform. Agriculture Minister José Eduardo de Andrade Vieira was dismissed after refusing to condemn the Pará massacre police and blamed the incident on violence from the landless. He was replaced by Arlindo Porto from the bourgeois Brazilian Labor Party Partido Trabalhista Brasileiro (PTB). Jungmann’s first action was to appoint a council to facilitate a dialogue between the landless organization MST and the landowners’ powerful congress lobby. However, MST described the new ministry as yet another bureaucratic body with no ability to guarantee progress and announced its intention to increase its occupations. The largest occupation to date was carried out on April 19, when about 12,000 landless people took over a property of 83,000 ha in Rio Bonito do Iguacu in the state of Paraná. President Cardoso warned MST on June 20 that the occupations threatened to become a national security problem and for the army to assist the police in evacuating the occupants. In an effort to curb the demands of the farm workers, on July 21, the President ordered an additional 150 square miles of land to be expropriated from landlords and handed over to the poor, landless farm workers. However, the contradictions were sharpened in early September with a new wave of land occupations, especially in the states of São Paulo and Santa Catarina. In the city of São Paulo, about 300 activists from the landless organization occupied the State Department of Finance, which prompted Land Reform Minister Raúl Jungmann to announce that he no longer wanted to speak with representatives of the MST. Minister of Justice Nelson Jobim officially broke with MST at the end of the month since MST leader João Pedro Stedile appeared in a photo in a magazine flanked by portraits of Karl Marx and Che Guevara. On the other side of the conflict, the militant landowner organization União Democrática Ruralista (UDR) resurfaced in the Pontal de Paranapanema region.

The president’s constitutional and economic reform program met a number of obstacles. In early January, Congress members were recalled from their summer rest with the aim of speeding up the decisions. At the same time, the Congress was disregarded when the President made a direct agreement with the three major trade union organizations on retirement age on January 18. Cardoso’s relationship with Congress was scarcely improved by his statement during the state visit in Mexico on February 19 that members were motivated more by their own interests than by values ​​and that lobbying threatened to reduce them to “mouthpieces for powerful economic interests”. The trade unions announced a general strike on June 21 against rising unemployment. In mid-August, the government announced additional cuts of at least two billion, calculated in the Brazilian currency real.

A banking scandal was revealed in February and was a case of extensive fraud ten years earlier in Banco Nacional. A deficit of about $ 5 billion had been hidden with the help of 652 fake accounts. The bank was taken over by the central bank and its assets were sold to União de Bancos Brasileiros (UNIBANCO) in November 1995. The central bank was criticized for not having acted quickly enough against Banco Nacional, especially as the government advanced 5.8 billion to enable the merger with Unibanco. The Governor of the Central Bank, Gustavo Loyola, argued that the government did not know about the fraud until October 1995 and then chose not to publish the problem in order not to jeopardize confidence in the country’s financial system so soon after Banco Económico’s collapse in August 1995.

The President visited Japan in March with the aim of persuading Japanese companies to manufacture in Brazil. Japan’s Export-Import Bank announced on March 13 that it has set aside just over one billion for unbundled financing of primarily infrastructure projects in Brazil.

A gold deposit was discovered in February near the town of Serra Pelada in the eastern Amazon region by the state-owned mining company CVRD. The deposit, which was designated the largest to date in Latin America, is expected to yield ten tonnes of gold per year, corresponding to 20 percent of the country’s total recovery.

The municipal elections in October and November gave success to the right-wing Brazilian Progressive Party (PPD) and Liberal Front (PFL) at the expense of the ruling party.

Sweden’s Minister of Commerce Björn von Sydow visited Brazil in November and met, among other things. the management of some of the 120 Swedish companies that are established in Brazil and have about 28,000 employees. At the same time, Volvo Construction Equipment (VCE) announced its intention to make Brazil a platform for its entire operations in South America. VCE is Volvo’s most profitable company and manufactures construction equipment such as wheel loaders, dumpers and excavators. Other Volvo employees in Brazil are affected by Volvo’s and ABB’s plans for a joint technology company.

At the same time, Electrolux decided to invest about $ 150 million in a new factory in Brazil for the manufacture of refrigerators and freezers. Another Swedish industrial group that increased its involvement in Brazil is Ericsson, which in early December bought the majority of the shares in its Brazilian partnership Ericsson Ericsson Telecommunicacoes. At the beginning of December, the Storra Group revealed long-term plans to enter into a billion project in Brazil; it is a mill for the production of eucalyptus pulp, a mill which in this case becomes one of the largest in the world. The influx of foreign investors into Brazil is linked to lower tariffs and inflation in the country has slowed. 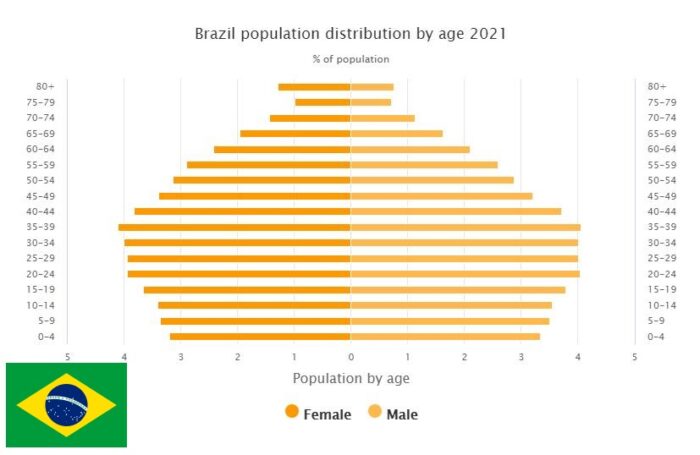