In April, the Botswana Central Bank announced in its annual report that the country’s foreign exchange reserves per capita were the highest in the world.

In 2006, the longest-running trial in the country’s history – the San people against the government – fell. More than 10% of the plaintiffs had died in rehab camps since the case started in 2002 after being expelled from the Kalahari Reserve in February of that year. The Supreme Court ruling in December was in favor of the San people. It said the displacement of the San people in 2002 had been “unconstitutional and illegal”. It was a serious setback to the authorities and their plans to extract diamonds from the San people’s land.

In July 2007, the World Bank published its World Governance Report. The indicators from 1996-2006 placed Botswana among the world’s 16 countries with the greatest political stability and the absence of violence. Botswana was in first place among the African countries.

In July 2007, President Mogae declared his intention to resign in April 2008, after which he would be succeeded by Deputy Lieutenant General Seretse Ian Khama.

As announced in advance, Ian Khama took over the presidential post in April 2008. Although not directly elected, he behaved as if he were, transformed his government and embarked on a series of far-reaching reforms. He imposed a 30% tax on alcohol to limit the country’s large alcohol consumption and created a state intelligence and country police, Directorate of Internal Security (DIS). DIS has since been designated as the person responsible for several deaths – among other things. on John Kalifatis.

The parliamentary and presidential elections in October 2009 were won by the BDP, who won 45 of the parliament’s 57 seats and Khama was now elected to the post of the country’s president. He is working to make the country’s economic base more versatile so that it is not so dependent on diamond production. Khama wants development of agriculture and tourism. While most of Africa experienced economic growth in 2009, growth in Botswana was negative by 5.2%.

Leaked embassy documents published by WikiLeaks revealed in October 2011 that as early as 2007, the United States was authorized to investigate the possibilities of placing parts of AfriCom (the superpower’s Africa Command) in Botswana. The publication led to criticism from, among other things, ANC Youth League.

The country’s high economic growth continued into the 10s. In 2014 it was 5.4%. Exports are predominantly based on rough diamonds and metals such as nickel and copper. Since 1998, per capita income has remained at the same level as South Africa’s.

Khamas BDP withdrew eight seats in the parliamentary elections in October 2014, but with 37 seats could still retain the majority in the 63-seat parliament. The major victor of the election was Umbrella for Democratic Change (UDC), which had been formed in 2012 as an alliance of several other smaller parties. It was 11 seats up to 17. The turnout was 84.8%.

The Lesbian, Gays and Bisexuals of Botswana (LEGABIBO) organization won a big victory in December when the Supreme Court overturned a decision by the country’s Ministry of Labor and the Interior, which for several years had refused to register LAGABIBO as an organization, despite the constitution guaranteeing freedom of assembly. Since 2008, LEGABIBO had struggled to be recognized as an organization, and the Supreme Court’s decision was a major victory for all LGBT people in the country.

Suppression of free speech continued through 2016. In March, freelance journalist Sonny Serite was arrested after receiving documents from a whistle blower in a corruption case Serite was working on. He was charged with receiving stolen items. In June, the charges were dropped and Serite released again. In December, Parliament passed a new whistle blower law that did not provide protection to people who contacted the media. In August, the Lobatse High Court ruled that the editor of Sunday Standard , Outsa Mokone, could be charged with incitement to revolt. Mokon had been arrested in 2014 following an article in his newspaper in which the king was implicated in a traffic accident. The article’s actual author fled to South Africa, where he was granted asylum.

In May 2016, Patrick Gabaakanye was executed for a murder committed in 2014. That brought the number of executed to 49 since independence in 1966. The execution was secret, the family was not informed and was not allowed to visit his grave afterwards. 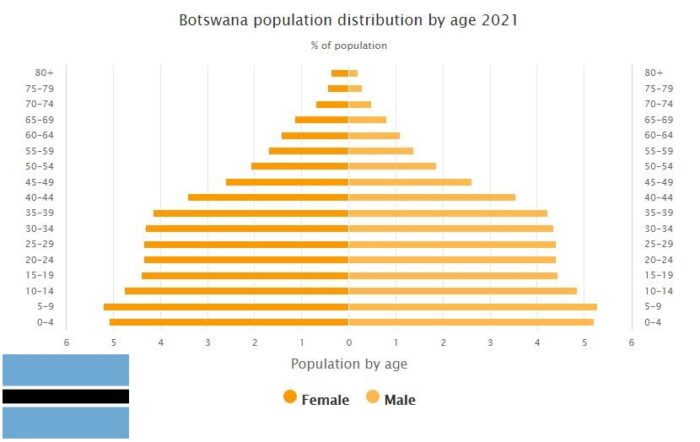