Argentina. UK Finance Minister Kenneth Clarke visited Argentina for three days in the New Year. It was the first visit by a British minister after the Falklands War in 1982 and marked another step in the close ties between the two states. The first was taken in October of the previous year with a meeting between President Carlos Menem and Prime Minister John Major in New York in celebration of the 50th anniversary of the United Nations. Minister of Finance Clarke praised President Menem’s neoliberal economic reforms, and joint oil exploration in the Falkland Islands was discussed. The foreign ministers of both states, Guido di Tella and Malcolm Rifkind, met on April 13 in Puerto Iguazú at Argentina’s border with Paraguay and Brazil. They discussed, among other things, about hake fishing in southern Georgia, about which a dispute arose in March.

A delegation from the International Monetary Fund (IMF), during its visit to the country on January 22, demanded stringent measures to reduce government spending as a condition for a new loan of just over one billion dollars. The loan was granted in April, but President Menem faced growing opposition to his actions. A January decree on budget cuts totaling US $ 200 million was followed in February by Congress giving the president increased powers. On February 20, some 200 students were arrested who objected to the introduction of monthly fees for university studies. A 24-hour general strike against social cuts and labor law reforms was triggered by the Confederación General del Trabajo (CGT) national organization on August 8. It was followed on September 26-27 by a 36-hour general strike and extensive demonstrations in the country’s major cities; 80,000 people participated in the capital Buenos Aires. The ruling party, Partido Justicialista (PJ), candidate ended up in third place in the mayoral election in Buenos Aires June 30.

The government of Argentina got another problem when a arms export scandal was revealed. During the ongoing war between Ecuador and Peru in February 1995, thousands of rifles and 75 tons of ammunition had been sold to Ecuador by the state Argentine arms industry. President of Peru’s Congress, Martha Chávez Cossío, traveled to Buenos Aires on behalf of President Alberto Fujimori to personally hand over the country’s demands for a quick investigation of the deal. The scandal led to the resignation of Defense Minister Oscar Camillión on July 16. He was succeeded by Jorge Domínguez, PJ’s defeated candidate in the mayoral election in the capital.

An uprising of about 26,000 detainees in 17 of the country’s prisons during eight days in the month of March-April was interrupted after the authorities guaranteed that none of the participants would receive any indictments. The riots were aimed at, among other things, about 70% of the interns being held in prison while awaiting trial.

The years leading up to 1973 became extremely troubling for Argentina. The elected presidents Arturo Frondizi (1958–62) and Arturo Illia (1963–66) were both deposed by the army. From his exile in Madrid, Perón cast his shadow over political life, and his often fanatical followers were the best organized group in Argentina.

The March 1973 election brought the Peronist candidate Héctor Cámpora to power, with almost half the votes. A conflict broke out between the factions of the Peronist movement. Cámpora took office as president in May, Perón returned to Argentina in June, and Cámpora resigned from his position in July in favor of Perón, who in September ran for election with his new wife, Isabel, as vice presidential candidate.

Perón received more than 60 percent of the vote and assumed power the following month. To some extent, he seemed a stabilizing element, but his power was broken and he was unable to exercise the necessary leadership.

After his death in July 1974, Isabel Perón took over as president, and she made strong efforts to keep the Peronist myth alive. The country’s problems were now almost insurmountable. Inflation was estimated at 600 percent per year in 1975, foreign exchange reserves shrank drastically, and political murders and kidnappings were the order of the day.

The new president was manipulated by the most reactionary wing of the Peronist movement, which eventually deposed her at a military coup in March 1976. 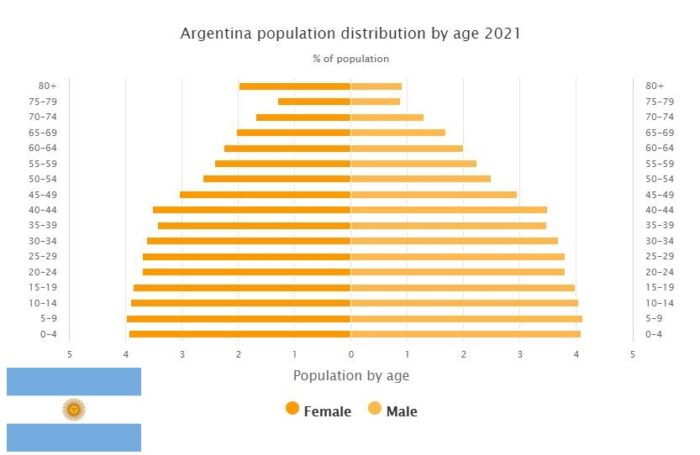