Antigua and Barbuda. Prime Minister Lester Bird made changes to the government on May 14. He took over responsibility for communications after Robin Yearwood, who was instead given responsibility for the state companies, labor market policy and energy issues. Bird’s decision to appoint his own brother, Vere Bird Jr, as a consultant on telecommunications, science, technology and information matters was highly controversial. The brother was forced to leave Parliament in 1990, when he was alleged to have been involved in illegal arms trafficking.

The climate of Antigua and Barbuda is tropical. Average monthly temperatures range from 22 (December to February) to 30 ° C (June to September). With an average annual precipitation of 900 to 1000 mm, it is relatively dry by Caribbean standards. Most of the precipitation falls between September and November. In summer (July to October) there is a risk of tropical cyclones. 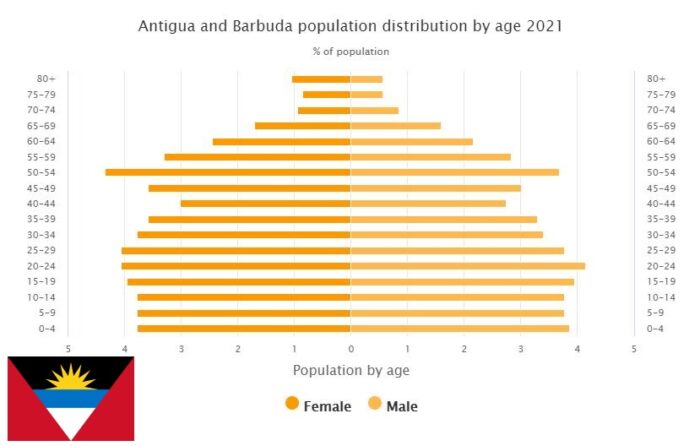