Zambia. A constitutional change adopted by Parliament was approved by President Frederick Chiluba in late May. The change required candidates in presidential elections to have their parents born in Zambia. It effectively excluded opposition leader and former president Kenneth Kaunda, with roots in neighboring Malawi, from being elected. The change in the constitution caused Western countries such as Norway, the United Kingdom, Sweden and the United States to withdraw their aid to the country. Since President Chiluba was elected in 1991, Zambia has received around $ 1 billion a year in aid. The donor countries wanted the corporate change of the constitution to be the subject of a referendum.

At the November presidential election, President Chiluba got about 70% of the vote (about 40% of those voting went to the polls), and the ruling party got 80% of the 150 parliamentary seats.

The government hopes for an interest-free half-year

A government official announces that the government has asked international lenders for a six-month postponement of the country’s interest payments. The reason is stated to be the corona pandemic’s negative effect on the country’s economy, but the reasons for the country’s crisis economy go back much further. Falling world market prices for copper have also contributed to reduced government revenues. Zambia is Africa’s second largest copper producer and completely dependent on world commodity prices. On November 18, an interest claim of the equivalent of 42.5 million US dollars expires. The interest debt is not paid and Zambia is reported for negligence.

President Edgar Lungu fires the country’s central bank governor without further explanation. The decision is heavily criticized internationally and the central bank’s independence is questioned. Zambia’s economy is in a state of emergency and has entered a recession. Inflation is around 16 percent at the same time as debt and the budget deficit are rising. 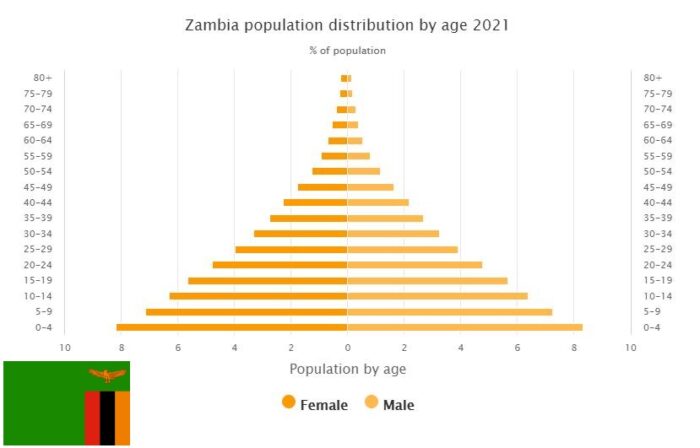