Turkmenistan. Since 1993, access to gas, electricity and water has been free in the country, and in 1996 access to flour and bread was also free.

Turkmenistan has been a member of the Partnership for Peace since 1994. Defense spending for 1996 was estimated at 25 billion Turkmen manas. This represented 9.1% of the country’s total budget.

The earlier plans, together with Turkey, made plans to transport Turkmen natural gas, the country’s main export product, via Iran to Western Europe were still valid in 1996.

Niyázov was re-elected in June 1992 with 99.5% of the vote. In 1993, the country signed a series of trade agreements with Russia, and without distancing itself from that country, it made closer ties with Iran – ia. through the building of an Ashkhabad-Tehran railway line. Furthermore, the United States was given the status of “most favored trading partner”.

In a January 1994 referendum, Niyázov was de-facto once again re-elected as president. This time with 99.9% of the vote. The president continued his confrontation policy towards the opposition, prompting several opposition leaders to seek asylum in Moscow.

In January 1995, Turkmenistan, Turkey, Iran, Kazakhstan and Russia signed an oil pipeline financing agreement to enable Turkmenistan to export its natural gas to Western Europe through Iran and Turkey.

Russian observers estimated that the demonstrations against the Turkmen president in July 1995 – in which 3-500 people protested against the dictatorship – were organized with the support of Moscow.

In December 1997, the first oil pipeline was opened between Turkmenistan and Iran, through which Turkish oil and gas were exported to the Mediterranean and the Persian Gulf. However, it also forced the country to negotiate with the United States to avoid sanctions that the United States has otherwise imposed on companies, subsidiaries or individuals investing more than $ 40 million annually in Iran’s oil and gas industry.

Niyázov announced in February 1998 that a meeting with senior officials would be held in May with a view to transferring more power to parliament. It was predominantly perceived as a gesture prior to the meeting with US President Bill Clinton. Following his visit to Washington in April, Niyázov stated that discussions on constitutional amendments would not take place until after the December 1999 parliamentary elections.

The ruling Democratic Party was the only one allowed to stand for parliamentary elections in December 1999. This was the reason why the Organization for Security and Cooperation in Europe (OSCE) withdrew its bid to monitor the election. the government replied that in almost all constituencies 2 or more candidates had been appointed. After the election – where the turnout was 95% – Parliament nominated Niyázov as president for life. However, he declared that he will resign when he turns 70 in 2010. Parliament also passed a law abolishing the death penalty. Turkmenistan thus became the first country among the 5 former Soviet republics in Asia to abolish the death penalty. In February 2000, the OSCE criticized the detention of opposition activists, who were subsequently sentenced to 5 years in prison.

Niyázov decided not to attend a summit for the Turkish-speaking countries in Asia in Azerbaijan in April 2000. Participants were Turkey, Uzbekistan, Kazakhstan, Kyrgyzstan and Tajikistan. The summit was seen as an expression of rapprochement among these countries, but because of disagreements with Azerbaidjan on the extension of the Caspian Sea oil pipeline, the Turkmen President did not want to participate.

In October, Niyázov declared that the country will not privatize the oil and gas industry within the following 10-15, and at the same time indicated that this industry will remain a turning point in the country’s economy. Turkmenistan halted gas supplies to Russia in early 2001 due to price disagreement. However, deliveries resumed in February when the country agreed to supply 10,000 million cubic meters of gas to the Russian company Itera. The price was set at US $ 40 per cubic meters that Turkmenistan had originally demanded. 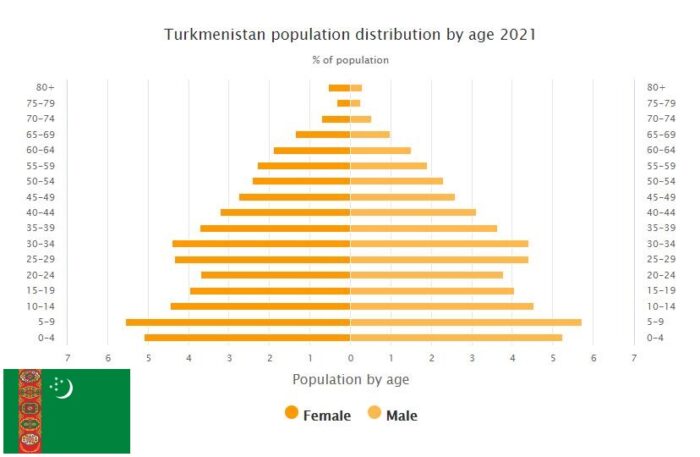