Tunisia. Tunisia’s attempts to defend itself against radical influence from neighboring Algeria and Libya have restricted the activities of its own opposition to the extent that the multi-party system has almost been put into play. Opposition leader Muhammad Muada, secretary general of the Social Democratic Movement, Mouvement des Democrates Socialistes, was sentenced in February to prison for eleven years for illegal contacts with Libyan agents. The verdict provoked international outrage, not least as his crimes were mainly believed to have been the criticism of the lack of political freedom in Tunisia. However, he was released at the end of the year, as was the party’s second man Khemais Khammari who was sentenced to five years for revealing secrets from the trial against Muada.

Political chameleon Beji Caid Essebsi won the parliamentary and presidential elections in 2014. The 88-year-old Essebsi had been active first under Bourguiba, then under Ben Ali and eventually serving as transitional prime minister after Ben Ali was toppled during the Arab Spring in 2011. After his time as a transitional politician he formed the secular party Nidaa Tounes (NT). The party grew through 2012 and 13, attracting former members of Ben Ali’s party Rassemblement Constitutionnel Démocratique (RCD), secular people on the left, progressive liberals and supporters of the deceased Bourguiba. At the same time, it was supported by many members of the country’s LO (UGTT). In the October 2014 parliamentary elections, it stormed into parliament, with 37.6% of the vote becoming the country’s largest party and getting 86 seats out of parliament’s 217th. The second largest party was Ennahda, who lost the next 10% backing and gained 27.8% of the vote and 69 seats. The election thus became a major defeat for the country’s moderate Islamic forces and correspondingly a victory for secular society. At the beginning of January 2015, the NT appointed independent Habib Essid as new prime minister. An election that was sharply criticized by the opposition, since Essid had also held posts under the Ben Ali regime. At the end of January, Essid surprisingly presented a minority government that had only the backing of 102 uf of the parliament’s 217 parliamentarians. Both Ennahda and the People’s Front declared from the outset that they would vote against the new government. In February, Essid therefore formed a unifying government consisting of all the major parties: Ennahda, the secular parties NT, the Free Patriotic Union and the liberal Afek Tounes.

In November/December 2014, presidential elections were held. It was won by Beji Caid Essebsi with 55.7% of the vote, against 44.3% for the CPR’s (Congrès pour la République) Moncef Marzouki. In the first round, the two had gained 39.5% and 33.4% respectively. The turnout was 64.6%. Marzouki quickly admitted his defeat, but in Hamma in the southern part of the country came demonstrations that were dissolved with tear gas. The protesters saw Essebsi as part of the old regime. In Tataouine, protesters set fire to the NT’s offices. Essebsi himself was deployed on the presidential post on December 31.

However, despite criticism of the NT and Essebsi for a return to Ben Ali’s time, Tunisia was still a democracy, unlike Egypt, Libya, Syria and Bahrain where the West and its allies had drowned in the Arab Spring in blood.

Tunisian blogger Yassine Ayari was sentenced in January 2015 to two years in prison by a Tunisian military court for “defamation of the army” in a series of comments on Facebook. Two weeks earlier, a film director had been jailed for “impeachment of official”. She had complained of harassment from the deputy chief of police on the local police station on Facebook.

In March, 2 criminal Tunisians attacked the Bardo National Museum in Tunis, killing 22. Most tourists. Both IS and AQIM took responsibility for the bloody action aimed at scaring tourists from visiting Tunisia and thus weakening the country’s economy. The two assailants were killed during the attack, but investigations subsequently revealed that they had undergone training in Libya and had returned illegally across the border to Tunisia. The action was thus an indirect consequence of the overthrow of the current government in Libya in 2011 – including Denmark. Following the attack, thousands of Tunisians, as well as Frankings and Italy’s prime ministers, demonstrated in the streets of Tunis against terrorism.

In June, another criminal attacked a tourist hotel in Sousse, northern Tunisia. 38 tourists – most British – were killed. The perpetrator was frustrated by the war in Libya and the massacre in Syria. Two conflicts that the West had provoked. The perpetrator was killed during the attack and Tunisia’s Prime Minister subsequently declared that he intended to close 80 mosques in the country preaching a hateful form of Islam. The country was subsequently put into emergency for 3 months and the government declared that a security wall should be built along the border with Libya. 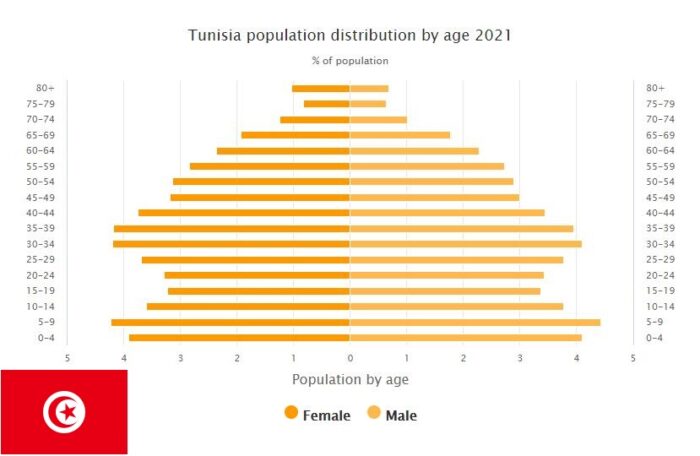