Tajikistan. Both strife and the peace effort characterized the force measurement between President Imomali Rachmonov’s Moscow-backed regime and the opposition, a fragile alliance of Muslim and democratic forces that ruled until 1992. At the beginning of the year, pro-Islamic uprising forces moved up to only a few kilometers from the capital Dushanbe contributes to retraining in the defense leadership.

In June, the UN Security Council extended the mandate of the 44-strong UNMOT observer force since the rival parties extended their ceasefire, achieved with UN assistance. But the concern for a full-scale renewed civil war persisted, and battles were fought over, among other things. the cities of Tavildara and Komsomolabad. Following protracted negotiations and mediation by the Russian Federation and the UN, Rachmonov and Muslim opposition leader Said Abdullah Nuri signed a preliminary peace agreement in Moscow on December 23 on ceasefire, general amnesty and prisoner exchanges.

The unrest has driven hundreds of thousands of people to flight, and in July a severe typhus epidemic was reported to have hit several southern regions with over 4,000 infected and some 50 deaths as a result.

In October, the Department of Justice closed one of the country’s most prominent human rights organizations, the Association of Young Lawyers (Amparo). Amparo was particularly involved in investigating and documenting the use of torture in the country.

The country was admitted to the WTO in March 2013. It promised to cut tariffs on a number of imported consumer goods.

In November 2013, President Rahmon was elected to a 4th term as President with 83.9% of the vote. He subsequently appointed Kokhir Rasulzoda as new Prime Minister. The choice was a farce. The only real opposition candidate, Oinihol Bobonazarova, was threatened to leave the country in October.

Umed Tojiev died at a hospital in Tajikistan in January 2014. Before then, he had been subjected to torture by police who would pressure him to admit links to terrorism. The torture caused him to “jump out the window” on the third floor of the police station in the Sughd region. He immediately broke both legs and later died from his injuries. Tojiev was a member of one of the opposition parties. Torture is common in the country. At the end of 2014, Tajik NGOs published a report showing 24 cases of torture in the period December 1, 2013 to October 8, 2014.

In May, 3 were killed and 5 injured during a Khorog police operation in the Gorno-Badakhshan Autonomous Region autonomous region. The killings led to clashes between security forces and local residents. The “investigation” of the incidents was still ongoing at the end of the year. No systematic aftermath of the Khorog clashes in July 2012, which cost at least 22 civilian lives, has not been conducted.

In 2013-14, the authorities conducted 15 lawsuits against journalists and independent media. Among other things. in February 2014, journalist Olga Tutubalina and Asia Plus newspaper were sentenced to pay US $ 6,300 in compensation to 3 police officers. This was based on a 2013 article where the 3 police officers were not even mentioned. The verdict was upheld in April. Authorities continued their practice of blocking independent media and NGO Web sites.

In August 2015, the authorities banned the Tajikistan Islamic Renaissance Party (IRPT). Throughout the rest of the year and 2016, the party’s leaders, members and since the lawyers who had served as defenders in the cases were brought to trial and sentenced to prison sentences. 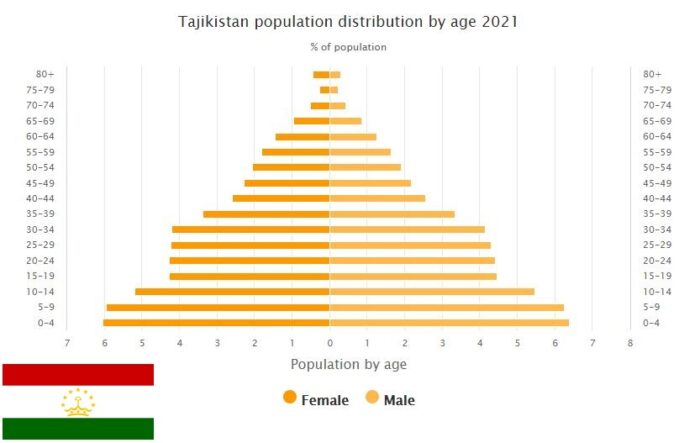