São Tomé and Príncipe. The presidential election originally announced in March was delayed until June 30. As no candidate at that time got the necessary 50 percent of the vote, it was a second round of elections. In it, incumbent President Miguel Trovoada defeated Manuel Pinto da Costa by 52 to 48%.

The government Armindo Vaz d’Almeida lost a vote of confidence in the National Assembly at the end of September and was forced to resign. Raul Bragança Neto was appointed new Prime Minister.

In May 2005, 131 cases of cholera were recorded. An epidemic that caused UNICEF serious concern as it threatened 80% of the population. The disease is spread through water or contaminated food, and is spread easily in a population where only 20% have access to running water and only 9% have access to toilets.

Following disagreements between Damião Vaz d’Almeida and President Menezes, d’Almeida resigned in June 2005. He was replaced by Maria do Carmo Silveira, who also took over the finance ministry, although the other ministerial posts remained unchanged.

The March 2006 parliamentary elections were won by the ruling MDFM-PCD, which won 23 of the 55 seats. MLSTP got 19 and ADI 12. At the July presidential election, Menezes was re-elected with 60.6% of the vote. His counterpart Patrice Trovoada got 38.8%.

In late May, North American and Nigerian oil companies stated that they had found oil and natural gas in the common zone, and would open the first 8 extraction sites. In May 2007, the country signed an agreement with Angola – Africa’s second largest oil producer – on cooperation in oil extraction. Also in May, the Paris Club announced that it had left 100% of the country’s foreign debt with this group – almost DKK 24 million. US $.

Prime Minister Trovoada had to resign in May 2008 when he lost a vote of confidence in parliament. The president subsequently appointed Joaquim Rafael Branco as new prime minister. Trovoada protested and called the re-appointment in violation of the Constitution.

In February 2009, authorities revealed coup plans against the president. The chairman of the Christian Democratic Front, Arlecio Costa and 30 others implicated were arrested but since pardoned.

Independent candidate Manuel Pinto da Costa won the presidential election in August 2011 with 52.9% of the vote over Evaristo Carvalho of the then ruling party. In the first round of July, Costa had 35.6% of the vote. when Costa was the country’s first president after independence in 1975, and tried repeatedly in the 1990s and ’00s to be re-elected. His election campaign centered on the need for political stability and the fight against corruption.

In 1997, São Tomé exchanged his diplomatic connection to China with a connection to Taiwan, but in 2013/14 there were signs that the pendulum was swinging again. China established an unofficial trade mission in São Tomé in 2013, and the following year the President of São Tomé made a private visit to China.

In the first round of the July 2016 presidential election, Evaristo Carvalho got 49.9% of the vote. It was just not enough to be elected in the first round, and so another round was printed, in which he faced the incumbent President, Manuel Pinto da Costa, who got 24.8% of the vote. Before the second round could be implemented, however, Costa withdrew, claiming that the 1st round had been marked by scams. Carvalho therefore got 100% of the votes in the second round and was elected as new president. He had twice previously held the post of prime minister. 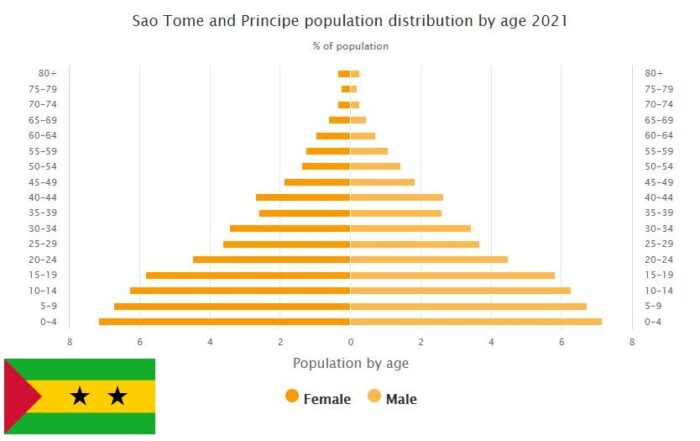