Peru. In late 1996, the members of the Tupac Amaru Movement (MRTA) arrested were punished by a military court in early 1996. Four of them were sentenced to life imprisonment for planning to occupy the congress building and take congressmen hostage. One of the four was 26-year-old American citizen Lori Helene Berenson. From the US Department of Foreign Affairs, they questioned whether she would receive a fair trial, and so did several human rights organizations. Later in the year, Congress passed a law that made it possible to review cases where people could have been wrongly convicted under the stringent anti-terrorism laws.

After the military was accused on several occasions of having its own financial interests in the drug trade, in January the responsibility for the fight against drugs was transferred to the police. The fight intensified when President Fujimori in April declared a state of emergency in the coca-producing areas.

In February, Congress passed a law on the sale of state oil companies. The law was fully in line with President Fujimori’s privatization program, which aims to reduce the public sector deficit. In April, Prime Minister Córdova resigned, who did not accept the measures planned to reduce the country’s trade deficit. A new government was formed under the leadership of Alberto Pandolfi.

In March, the Andean Group, with Peru, Bolivia, Ecuador, Venezuela and Colombia as members, was transformed into the Andean Community (Comunidad Andina), which is tasked with strengthening regional integration.

In connection with the celebration of the Japanese emperor’s birthday in Lima in December, the Japanese embassy was occupied by some 20 members of the Tupac Amaru guerrilla. Their hostage initially amounted to several hundred prominent guests.

As the year drew to a close, 103 people were still held captive, and the guerrilla’s demand to have 400 of their imprisoned followers released remained unchanged.

Ollanta Humala Tasso, from the election alliance ” Gana Perú “, was elected president in 2011 at the second round of elections with 51.4 percent of valid votes against Keiko Fujimori, Alberto Fujimori’s daughter and leader of the 2011 Fuerza party, which received 48.5 percent of the votes. The election campaign in 2011 was characterized by polarization and uncertainty. Humala’s leftist orientation was seen by the opponents as a threat to the current economic model, but Keiko Fujimori’s opponents pointed to the Fujimorista Party’s authoritarian moves and corruption charges.

Humala’s political plan, called “the Great Transformation,” was moderated during the election campaign and his political line took a more center-left direction. Humala also withdrew and refused no support from Venezuela’s Hugo Chávez, but received supporting statements from a number of intellectuals, including author and Nobel laureate Mario Vargas Llosa. Immediately after the election, Humala engaged in numerous talks with Peruvian business leaders and politicians from several fronts to declare his respect for democratic rules of the game and the rule of law.

The Humala government established a number of social programs, including for youth and the elderly. The law on indigenous peoples’ consultation rights was passed in 2011 to prevent growing social and environmental conflicts. The proportion of people living in poverty was reduced from 28 to 22 percent, and reforms and investments were made in the education sector.

At the same time, Humala’s reign was characterized by social and political conflicts. The Conga conflict between the locals and the mining company Yanacocha in late 2011 caused Humala’s first government crisis. Both government members and eventually also first lady Nadine Heredia became involved in political scandals. Along the way, Humala’s electoral alliance lost 19 of the original 47 members of Congress in favor of other political groups. Humala’s own party ultimately chose not to run for president in the 2016 presidential election. 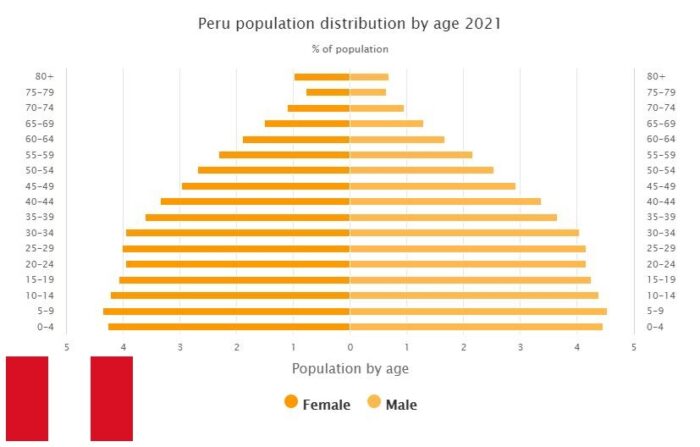