Northern Macedonia (until 2019 Macedonia). In June, Macedonia changed the parts of its constitution which Greece considered indicated that the Skopje authorities could have territorial claims in the northern Greek province of the same name. As a result, Greece lifted its trade blockade against the former Yugoslav Republic.

Macedonia had previously changed its flag and removed the vega star, which Greece considers to be a Greek symbol.

However, the name conflict between the two countries remained, with Greece refusing to recognize the name of Macedonia. That dispute led to Macedonia jumping off a Balkan meeting in the Bulgarian capital Sofia in July, when Greece demanded that Macedonia be allowed to participate only under its UN name FYROM. The purpose of the meeting was to strengthen stability, security and cooperation in the economy among the Balkan states.

In April, Macedonia established diplomatic relations with Yugoslavia, which today consists of Serbia and Montenegro. However, Macedonian Foreign Minister Ljubomir Frčkovski emphasized that this did not mean that Macedonia had taken a position on which of the new Balkan countries should be the successor of former Yugoslavia under international law. Macedonia had previously established relations with the other former Yugoslav republics of Slovenia, Croatia and Bosnia and Herzegovina.

Macedonia signed an agreement with the United States that American soldiers remain in the republic even after UN troops have surrendered. The agreement sets out rules for US and other foreign troops to participate in military exercises in Macedonia in accordance with NATO’s Partnership for Peace. In addition, the agreement opens the way for Macedonian officers to receive training in the United States. 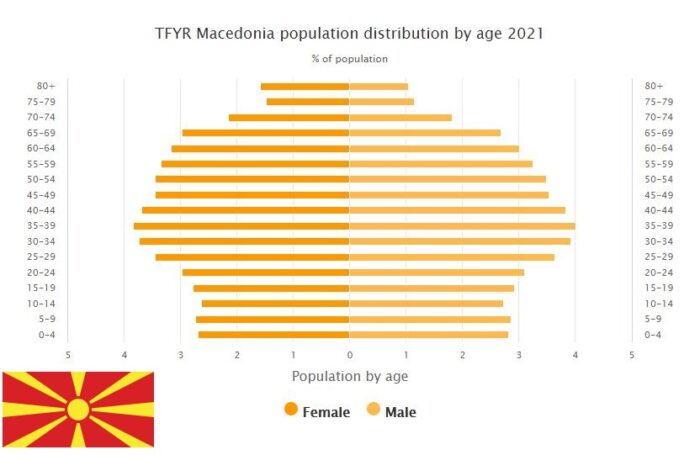