Niger. The country’s first elected President Mahamane Ousmane was overthrown in January by militia led by Lieutenant Colonel Ibrahim Baré Maïnassara, who declared the action necessary to save the country. He promised that the military would rule the country only for a transitional period.

A new constitution was adopted in May after it was approved by a referendum, and in July, presidential elections were held; Maïnassara won with 52.22% against 19.75% for the nearest opponent. The victory came to an end since Maïnassara replaced the Independent Electoral Commission with his own and put four of the main opponents in house arrest.

The parliamentary elections held at the end of November were boycotted by the opposition. The election was a remission from Maïnassara as the EU called for general elections for continued aid.

In June, the International Monetary Fund approved a $ 83 million loan to Niger.

In June 2007, the Nigerian Justice Movement launched an armed attack on a military post in Tazerzait in northern Niger. The attack killed 13 government soldiers and is considered part of the growing mobilization among Tuaregans who accuse the government of not contributing to the solution to the increasing marginalization they are in. Oumarou declared a few days later that negotiations with the rebels would not come to an end.

2010 From autocracy to military dictatorship

In May 2009, President Tandja dissolved the National Assembly. The background was his personal desire to be able to sit for a third term, following the normal expiration of his December 2009 term. Instead, he set up a constitutional court to draft a new constitution to be sent to the referendum in August. The constitutional amendment should give him a third term, and at the same time concentrate further power on the presidency itself. The opposition, however, fiercely objected to the president’s actions, calling him dictator. Niger was also suspended from the West African Common Market, Ecowas, and several Western countries ceased their assistance to the country, which is already one of the world’s poorest.

Following the conquest of the presidential palace and the capture of the president, a “Supreme Council for the Restoration of Democracy” was set up under the leadership of Lieutenant General Salou Djibo. Tandja was now placed under house arrest and a week after the coup, military junta Mahamadou Danda inaugurated as prime minister.

While most of the world condemned the military coup and the African Union suspended Niger from its activities, the United States was content to declare that Niger was in a “difficult situation”. The United States has interests in the country’s uranium and oil.

In late March, a number of supporters of the ousted president were arrested, and in April, directors of state-owned companies affiliated with Tandja were removed. In late April, the dictatorship announced that it had set up a committee that within 45 days would draft a new constitution. At the same time, it presented a timetable for the reinstatement of democracy: in October 2010, a number of votes on the Constitution were to be held, in December presidential elections and in January 2011 presidential elections. 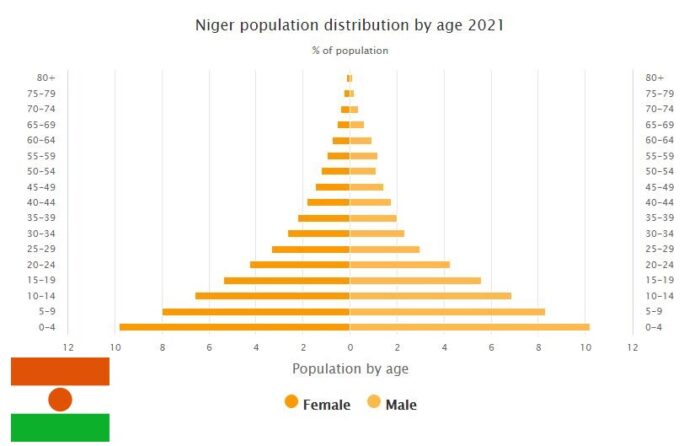