Nicaragua. Kravall police stormed the Foreign Ministry in Managua in February, where students had entrenched themselves with hostage staff. Occupants demanded increased investment in higher education.

Pope John Paul II’s visit that month was dramatic, with massive student demonstrations and blast attacks on a church.

In May, former President Daniel Ortega was nominated by his party, the Sandinista National Liberation Front (FSLN), as a candidate in the presidential election.

Arnoldo Aleman, Liberal Alliance candidate, won the presidential election in October with 51% of the vote against Ortega’s 37.7%. Aleman is a populist right-wing politician and is characterized by his opponents as supporters of the overthrown dictator Somoza.

Ortega accused the opponent of cheating, and it emerged that doubts had existed before the election authorities finally confirmed the result.

Aleman presented a government made up of representatives from various parties, a government that will take office on January 10, 1997.

1981-90 Counterrevolution funded by the United States

In 1981, US President-elect Ronald Reagan openly declared that he had set himself the goal of crushing the Sandinists. Between April and July 1982, Deputy Interior Minister Edén Pastora deserted and 2,500 Somocist national guardians invaded Nicaragua from Honduras – with support from the United States. A war of persecution against Nicaragua and sabotage of the economy were launched, forcing the Sandinist government to maintain a high level of preparedness, impose mandatory military service, and restrict any organization associated with Washington’s aggressive political line.

In 1983, President Reagan admitted that there was a secret CIA operation targeting Nicaragua as well as support for the counter-revolutionaries operating from Honduran territory and which he characterized as “freedom fighters.” Despite his slim majority in Congress and the disapproval of the people, the president continued with his plans.

The governments of Colombia, Mexico, Panama and Venezuela were concerned about the seriousness of the situation and the risk of a war that would inevitably spread to all of Central America. They therefore initiated efforts to devise a negotiated solution to the conflict. The initiative became known as the Contadora Group, and foreign ministers initiated peace talks, which received widespread diplomatic support and prevented a North American invasion that seemed imminent.

Despite the US-backed US-backed actions, Nicaragua held elections in November 1984, in which not only the FSLN but also 6 opposition parties from the right and left wing participated. Out of the 1.5 million eligible voters, 82% voted. FSLN received 67% of the votes cast. The opposition was divided. Four parties had gone into Coordinadora Democrática (Democratic Coordination), which nominated Arturo Cruz as presidential candidate, but ultimately decided not to take part in the election and instead tried to discredit the internationally monitored election process. In the same month, Reagan was re-elected President of the United States, and in April 1985, the superpower declared the trade blockade of Nicaragua and the freezing of all its values.

Through 1986, Parliament debated the drafting of a new constitution, which came into force in January 1987. Establishing a presidential system, a 6-year term, direct presidential elections and proportional parliamentary representation.

In 1987, the Central American Presidents initiated their own peace process with the participation of the UN and the OAS following a summit in Esquipulas, Guatemala. The main points of the Esquipulas agreement were a halt to all foreign support to the armed opposition groups, internal dialogue in each of the countries, the Catholic Church as a mediator, and amnesty to those who abandoned the weapons with a guarantee of opportunity for political life.

In Nicaragua, a National Reconciliation Commission was formed and “Contra” leader Fernando Chamorro returned to the country, dropped his weapons and accepted the amnesty. The press censorship was raised and Violeta de Chamorro’s daily newspaper “La Prensa” was again allowed to be published. On October 7, the government launched a unilateral ceasefire in several zones of the country, despite the fact that the “counterparts” leaders declared that they would continue the fighting. 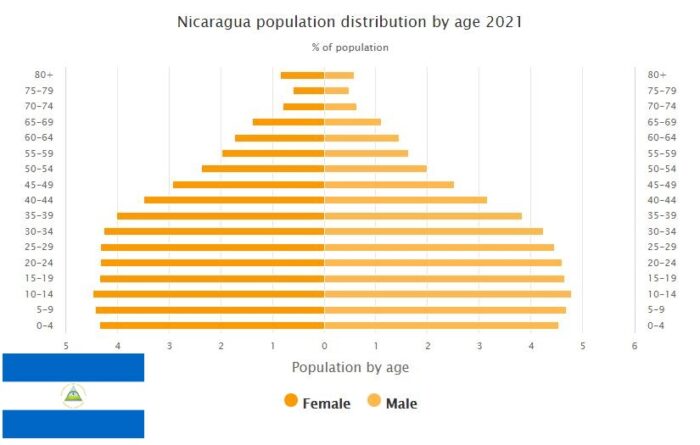