Moldova. In March, President Mircea Snegur dismissed Defense Minister Pavel Creangă, who he accused of inability to fight theft of military equipment, and allowed him to be arrested. A month later, however, the Minister of Defense re-entered office, after a constitutional court declared the dismissal unlawful.

In May, the International Monetary Fund approved a $ 195 million credit to the country.

Petru Lucinschi clearly won over incumbent President Mircea Snegur in the presidential election at the end of the year. The new president was expected to forge stronger ties with Moscow.

With the Jassi Treaty of Peace of 1791, the left bank of the Dniester – south of the Yagorlik River – was transferred to Russia. At that time, the area did not belong to Moldova what it does today. During the second division of Poland (1793) between Russia, Prussia and Austria, Russia gained another part of the left bank of the Dniester. Following the Russo-Turkish War (1806-12) and Bucharest Peace, Russia occupied the area between the Prut and Dniester rivers (Besarabia). Previously, only the southern part of this territory had the designation Besarabia. The area was initially granted autonomous status within Russia, and Kisin’ov became its capital. In 1873, Besarabia was made a Russian province, where all the laws of the Russian Empire were applicable.

Throughout the 19th century, the population of Besarabia grew from 250,000 to 2.5 million. By the end of the century, the Moldavians constituted half of this population. Furthermore, there were significant minorities of Ukrainians and Russians, as well as Bulgarians, Germans, Jews and Muslims. The capital of Kisin’ov grew from 7,000 residents in 1812 to 109,000 in 1897. During the Russo-Turkish wars of 1828-29, 1877-78 and during the Crimean war of 1853-56 where Russia faced Britain, Turkey and France, Besarabia was hinterland for the Russian army. With the Paris Peace Treaty of 1856, part of southern Besarabia near the Danube and the Black Sea was placed under the Principality of Moldova, which in 1859 joined with Valakia and formed the State of Romania. With the Berlin Treaty of 1878, this area was again assigned to Russia.

From the 1840s the Moldavian schools were closed and from 1866 no longer taught in Moldavian. It was only resumed after the Russian revolution in 1905. On December 2, 1917, the People’s Republic of Moldova was proclaimed, and Romanian troops immediately moved into Besarabia, where they defeated the local Soviet power. However, from December 1917 to January 1918, the Soviet power was re-established. In December, Besarabia was incorporated into Romania and in late January the Republic of Moldova was proclaimed.

In the 1920s and 30s, present-day Moldova was divided into two areas of different sizes. Besarabia was part of the Romanian kingdom, and the left bank of the Dniéster belonged to the Soviet Union. On October 12, 1924, the Moldovan Autonomous Republic of Ukraine was established. Its first capital was Balta and from 1929 Tiraspol. In Moldova, considerable progress was made in industrialization and culture, while as part of Romania, Besarabia was still lagging behind.

On June 28, 1940, the Soviet Union gave Romania an ultimatum and Besarabia was again incorporated into the Soviet Union. On August 2, within the framework of the Union, the Federative Republic of Moldova was established as a result of the unification of the central part of Besarabia and the Autonomous Moldova. The northern part of Besarabia together with the eastern part of the autonomous republic remained in Ukraine. In June 1941, the Nazi troops invaded the Soviet Union, Romania entered into an alliance with Hitler and conquered all of Besarabia until Dniéster and Odessa. After three years of war of exhaustion, the Red Army recaptured Besarabia and northern Bukovina. 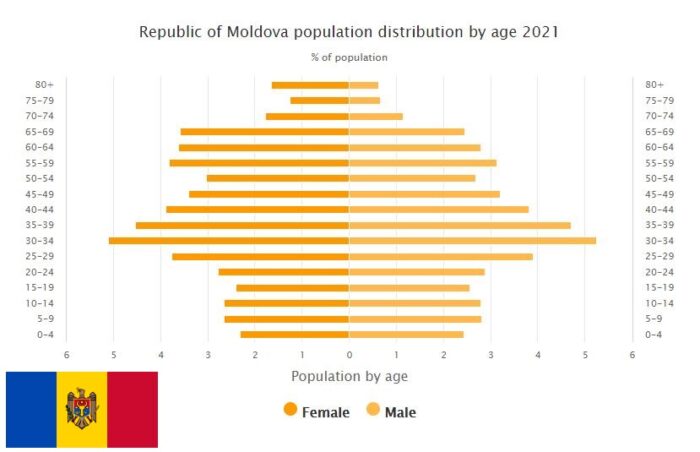