16 candidates wanted to run for the December 2016 presidential election. However, the Election Commission disqualified 13 of them. This decision was overturned by 4 of these, so 7 candidates eventually stood up. However, the only two with a real chance were opposition Nana Addo Dankwa Akufo-Addo of the NPP and John Dramani Mahama of the ruling NDC. In the end, Akufo-Addo won with 53.9% of the vote against 44.4% for Mahama. Akufo-Addo was inducted into the presidential post in January 2017 in the presence of 12 other African heads of state.

The parliamentary elections held at the same time as the presidential elections followed the same pattern. The NPP advanced 48 seats to 171 and thus obtained an absolute majority in the 275-seat parliament. The NDC declined 44 seats and had to settle for 104. 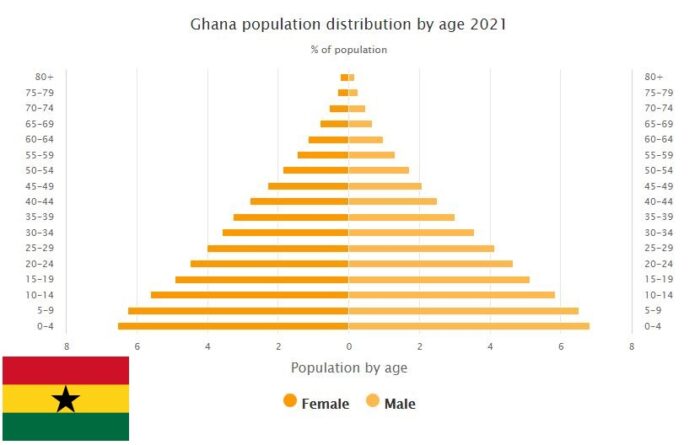 The territory of Ghana (which before the achievement of independence was called the Gold Coast) falls for the most part in the Guinean region and only for a short distance, in the north, in the western Sudanese region. Behind the coast, mainly low, sandy and marshy, a flat or slightly undulating strip extends over a width of about one hundred kilometers, consisting of considerably metamorphosed Precambrian formations; further inland, to the west there is a vast plateau where Precambrian formations still emerge, while to the east these have been covered by Paleozoic sandstones. The relief is decidedly modest: more than half of the territory is below 150 m; the maximum altitude, on the border with Togo, is just over 900 meters. All the northern and south-eastern Ghana falls within the basin of the Volta river.