Dominican Republic. In the second round of the June 30 presidential election, central politician Leonel Fernández won a tight victory. He received 51.25% of the vote, and his opponent José Francisco Peña Gómez 48.75%.

The country’s racist policy towards Haitian emigrants continued in 2015. Following tensions between the two neighboring countries in February, a Haitian emigrant was found hanging in a park in Santo Domingo. At the end of the year, the perpetrator was still on the loose. Persecution of random Haitian migrants was reported in retaliation for alleged Haitian offenses. In June, there was a deadline for irregular Haitian migrants to announce a request for legalization. 288,486 Haitian migrants had then requested legalization. By August, the authorities began deporting tens of thousands of Haitians, but by June many had begun to travel back to Haiti for fear of abuse or pressure from neighbors or employers. The huge human flow created tension between the two countries and in July the OAS sent a mission to the Dominican Republic. The OAS Secretary-General offered to mediate and participate in the design of an official protocol for dealing with the many migrants. It was rejected by the Dominican Republic. The IOM could later report that the Dominican Republic also arbitrarily deported migrants who had requested legalization.

In May 2016, presidential and parliamentary elections were held. Danilo Medina was re-elected as President with 61.7% of the vote. In the parliamentary elections, the PLD had 10 seats up to 106. Since the previous election, the PRD had been split. The newly formed PRM received 42 seats, while the old PRD went back 61 seats to 16. Together, the two Socialist parties thus declined. The election was marked by widespread irregularities: in some cases the opposition delegates were thrown out when votes were to be counted; voting boxes disappeared; ballots were burned; manipulated counts; ballots from different provinces in the same box. The electoral authority then decided to cancel the results one-third of the districts in the capital of Santo Domingo’s western part and Districto Nacional.

Extensive floods in the northern part of the country in October and November 2016 sent tens of thousands into flight.

In the first half of the year, security forces killed 74 people. This was equivalent to 10% of the murders in the country during this period.

Category 5 Hurricane Irma that hit the northern part of the Caribbean in September 2017 also caused devastation in the Dominican Republic, but no one killed. However, the authorities chose to evacuate 4,000 tourists to the capital Santo Damingo. 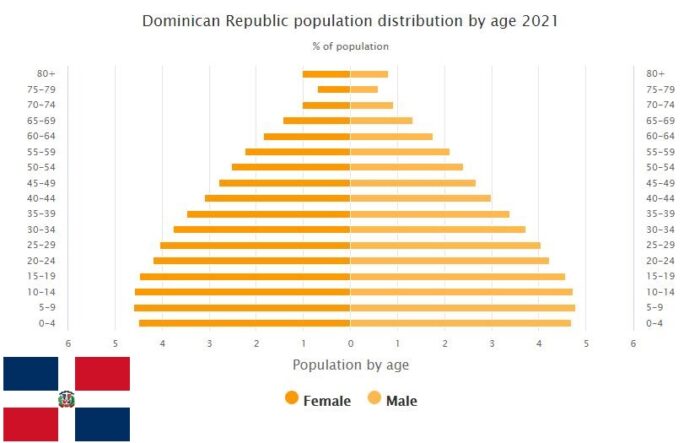