Comoros. Former President Said Djohar, who was toppled in September 1995, was allowed to return to his home country in January after negotiations with the country’s government, but only to play a symbolic role in political life. In the March presidential election, the candidate of the National Union for Democracy in the Comoros (Union national pour la democratie aux Comores, UNDC), Mohammed Taki Abdulkarim, received a two-thirds majority. During the election campaign, Taki emerged as a traditional nationalist with Muslim values. He was sworn in as president on March 25 and a few days later appointed Tajidine ben Said Massounde as prime minister. In October, a referendum was held on a new constitution. 85% of the population then approved, among other things. that Islam should characterize the legislation. 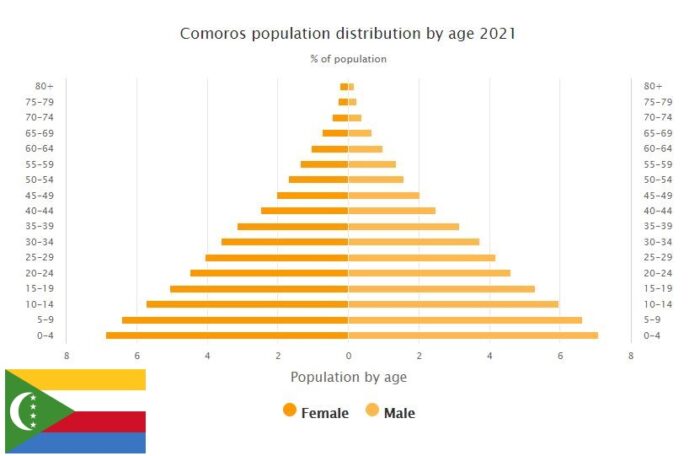 At the transition from the 20th to the 21st century. the problem of the integrity of the national territory monopolized the internal debate, which saw the intransigent positions of the secessionist leaders of the island of Anjouan (Nzwani), not willing to give up the autonomy conquered after the separatist revolt of the summer of 1997, and those of the President of the Republic, Colonel A. Assoumani, who came to power in a coup d’état in April 1999. A decisive step in the redefinition of institutional powers was the constitutional referendum that took place in the country on 23 December 2001 and which saw the approval of the new Constitution in 77.% of votes. The charter established the creation of a federation with a new name, Union of the Comoros, where each of the three islands, Grande Comore (Njazidja), Anjouan (Nzwani) and Mohéli (Mwali), was granted greater autonomy through the creation of a local government and sovereign bodies in economic matters. At the head of the federation, responsible for currency, foreign policy, defense and religion, a president was elected in rotation between the three islands for a term of four years. In early 2002 a government of national unity was formed pending the outcome of the presidential elections (March-April), which saw the success of Colonel Assoumani in the second round, boycotted by the other two candidates. The result, initially not confirmed by the National Electoral Commission, was validated a little later and Assoumani was declared the first federal president. A new stage in the process of national reconciliation was the legislative elections of March-April 2004 for the federal assembly (33 deputies, of which 18 elected by universal suffrage); on this occasion, 6 seats went to the party next to president Assoumani, Convention pour le renouveau des Comores , and the others12 were conquered by candidates close to the presidents of the three islands, all against the presidency of Assoumani.