Bhutan depended on India, both in terms of imports – consumables, fuels, grains, machinery, spare parts, cars – as well as exports. 93% of Bhutan’s exports went to India – electric power, cement, crafts, fruits and spices such as. cardamom.

Over the past few years, Bhutan has sought to gain greater variation in its foreign trade, while at the same time launching development programs with financial assistance from, among other things. India, Norway, Kuwait, Japan and Switzerland. Farmers are forced to work in projects designed to improve infrastructure without receiving wages.

Efforts to introduce a market economy into the country have largely failed and Bhutan is among the 42 least developed countries in the world. Even geographically, obstacles are encountered: the mountains make the construction of roads that become disproportionately expensive.

But the 5-year plans are adhered to. As a consequence, gross domestic product grew by an average of 7.5% annually over the period 1980 to 1990. In 1992, the 7th plan, aimed at improving exports, protecting the environment, a balanced development between the individual regions was launched., and an improvement in women’s relationships. To achieve these results, attempts were made to attract the foreign investors with technical assistance from India. Comprehensive privatization campaigns, which were intended to enable the population to gain influence over a state-owned enterprise, were initiated. The 1994-1995 Finance Act reveals new increases in international aid: 41.6% was aid from the UN and other organizations, while 21.2% came from India. Bhutan has some discrepancies about the borders with China and India. As for China, the discussion revolves around the right to the Arunachal Pradesh region, while with India trying to find a final ruling on the right to a smaller area between Sarbhang and Gueyilegfug.

In a country without legal political parties or trade unions, the National Women’s Organization, as one of the very few organizations of this type, has sought to “promote” Bhutan’s women and try to persuade women to abandon traditional agricultural work in favor of producing crafts.

Until 1996, the Nepalese government met with the Bhutan authorities 7 times to solve the problems of the more than 100,000 emigrants – Nepalese and Bhutanese of Nepalese descent – living in refugee camps in Nepal. Since 1990, Bhutan has considered these refugees – the so-called “hotsampas” – to be stateless.

Nepalese activists stated in 1995 that more than half of Bhutan’s population is Nepalese, but the government estimated that at most one-third is; on the other hand, the majority of the public servants are of Indian descent.

In 1996, the European Parliament accused the government of Bhutan of human rights violations. Nepal proposed launching a study to determine the nationality of the “hotsampa”, but Bhutan rejected the proposal. 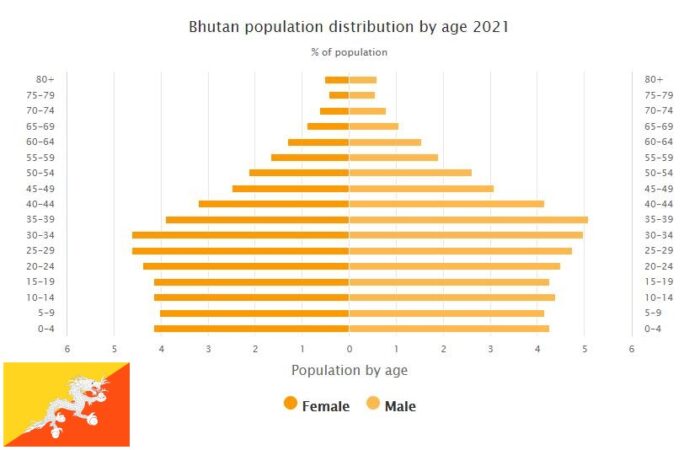