Algeria. The year was marked by a seemingly endless series of bloody assaults. January: eight women had their throats cut, six people killed in blast attacks in a mosque. February: a total of 38 killed by four car bombs. March: twelve killed in an explosion on a train, seven French monks abducted and later found murdered. April, May… similar assaults, similar death figures. The civil war between the Algerian state and the armed Islamist extremists has since 1992 killed at least 60,000 people. The extremists are often blamed, but the army and other parts of the security service are also accused of gross abuses in the fight against the opposition.

In an attempt to divide the Islamist movement, three representatives of the more moderate religious opposition were taken into government in January. The government also tried to break out of the international isolation it has been through the extremists’ attacks on foreigners and received high-level visitors from a number of Western governments, including Sweden’s Deputy Foreign Minister Pierre Schori. The August assassination of Oran’s Catholic bishop, Pierre Claverie, was presumed to be the extremist’s punishment for meeting with French Foreign Minister Hervé de Charette in Alger recently.

The murders of the seven French monks was a work of the Armed Islamic Group, the Groupe Islamique Army (GIA), the most extreme Islamist movement, and a revenge for France’s refusal to release imprisoned Islamists.

At a conference in September, the guidelines were drawn up for a new constitution designed to keep religious parties away from politics. The largest opposition party, the Islamic Rescue Front (Front Islamique du Salut, FIS), was not invited, and several other parties boycotted the conference. At the end of November, however, a referendum was held on the new constitution. Nearly 80 percent participated, and of the valid votes, 84.6% said yes. The Constitution prohibits political parties based on, inter alia, religious, ethnic, linguistic or regional affiliation. The power of the President is strengthened. He gets appoint a number of senior executives in the judiciary and security services, and appoint a third of the members of a new upper house. The Islamists had called for a boycott, but the greatest opposition to the constitution was noted among the Berber in the northeast. 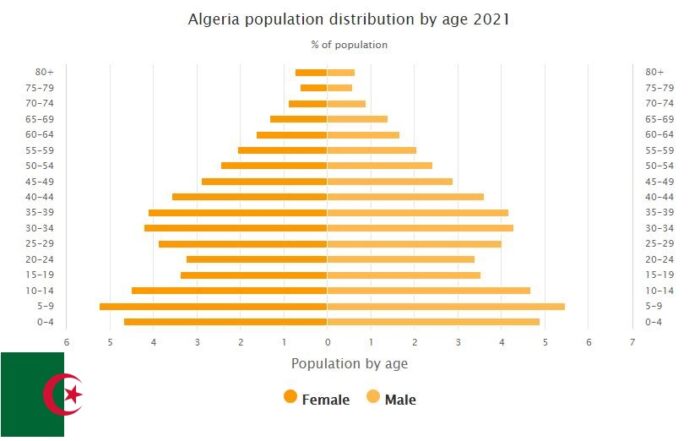