Slovakia. At the end of August, Prime Minister Vladimír Mečiar carried out a minor reform. He himself explained the change with “personal problems, health reasons or other difficulties”. External judges, instead, argued that the government reform was created to restore the country’s democratic image. Thus, the US State Department’s annual report on human rights, “Country Report on Human Rights Practices”, was very critical of the situation in Slovakia. And during a visit to Bratislava, Hans van den Brock, European Commissioner responsible for relations with Central and Eastern Europe, said he was “concerned about the need to strengthen democracy in Slovakia”.

A considerable loss of foreign currency was recorded. The economic reforms and privatizations were almost set ablaze. To reduce the government deficit, which reached $ 280 million in the first eight months of 1993, or 6% of the country’s GDP, the government cut spending on subsidies and social programs drastically.

In April, the Association of Slovak Trade Unions convened the workers for giant demonstrations in the capital in protest of the authorities’ failure to negotiate.

The pressure of the environmental movement forced the Hungarian authorities to abandon the hydropower project Gabtchikovo-Nagymaros, which was a collaboration with the former Czechoslovakia. The project consisted of the construction of two water reservoirs and a diversion of the Danube River. The relationship between the two governments cooled sharply as a result of this decision.

Another reason for the tension between the two neighbors was the way in which the Hungarian minority was handled. Although in June Parliament decided to allow the Hungarian language into teaching, Meciar demanded the fulfillment of an old law that forced Hungarian women to add the Slovak ending “ova” to their Hungarian surname.

At the end of 1993, more than half of Slovak companies registered deficits and the construction sector was reduced by 60%. The country obtained a loan from the IMF, but it only led to problems in meeting the demand for a reduction of the government deficit, nor was it able to implement the privatizations at the stipulated pace. In January, Slovakia applied for NATO membership.

Jozef Moravnik was appointed prime minister in March 1994 after lengthy negotiations between the parties behind Meciar’s fall. Moravnik presented a plan to appoint a national unity government and implemented drastic economic measures.

The new government, composed of the Democratic Left Party, the Democratic Alternative and the right-wing party the Christian Democracy Movement, concentrated on two tasks: the attempt to isolate Meciar politically and the introduction of a Western democratic system. The internal disagreements in the coalition significantly weakened the government and it did not appear in the long term as a real alternative.

Meciar obtained 35% of the vote in the elections on September 30 and October 1 of the same year. The government coalition suffered a severe defeat and the Hungarian minority parties formed a coalition that emerged as the third largest political party in parliament. Meciar returned to the post of prime minister and almost immediately halted his predecessor’s initiatives regarding privatizations.

The government of Meciar took certain initiatives to limit Hungarian rights, without the supporters of a more open course being able to prevent it. A campaign launched to prevent the entry into force of a law that would only allow Slovak as the official language could not gather the necessary majority. The US and the EU warned Meciar that his nationalist politics could lead the country into political isolation. 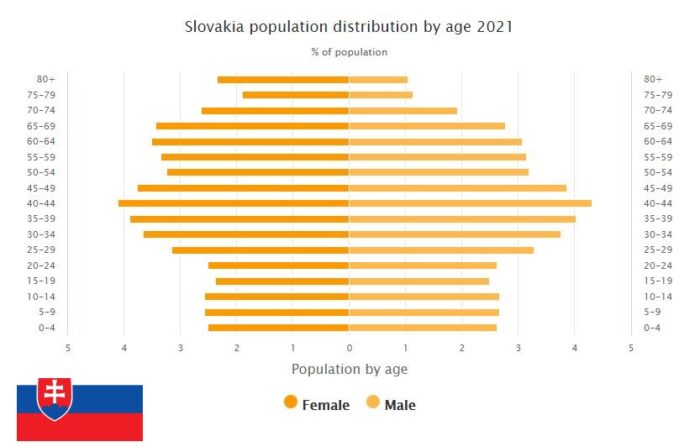