In 1982, Uganda began a massive and violent displacement of refugees from Rwanda, while their homeland did not allow their return. Entire villages were burned down by the Ugandan army, leaving 10,000 people without homes or food.

In 1986, Ugandan President Musenevi declared that Rwandans who had stayed in the country for over 10 years would automatically receive Ugandan citizenship. Relations between the two countries improved, and in 1988 both presidents signed a declaration confirming the fraternity.

General Habyarimana now took a number of new steps in his leadership by conducting a democratic opening. First, a National Development Council was formed, designed to formulate a coherent policy for the country’s various economic and social aspects. After that, a crisis package was implemented which, after all, produced positive financial results. Finally, he released over 1000 political prisoners and took precautions to safeguard the prisoners’ human rights in the prisons.

Habyarimana was re-elected in 1988. On December 26 of that year, one-third of Parliament’s 70 seats were elected, including 11 women elected. But only 2 of the newly elected members of parliament belonged to the Tutsi minority. That same year, 60,000 Hutu refugees from neighboring Burundi entered the country.

On September 30, 1990, Fred Rwigyema led a rebellion and invaded the country from Uganda. He was a senior officer who belonged to the Tutsi minority. President Habyarimana asked for help from Belgium, France and Zaire, and troops from these countries played a crucial role in fighting the rebel offensive, despite fighting in the capital as well. An intervention by Belgian Prime Minister Wilfried Martens in October created a ceasefire between the parties.

At the end of January 1991, 600 Rwandan People’s Front troops invaded the country from Uganda, but a month later they were shot back. In March, a ceasefire agreement was signed that allowed political prisoners and prisoners of war to be released. At the same time, President Habyarimana vowed to open negotiations to initiate a democratic opening.

In June of that year, he signed a new constitution to guarantee a multi-political system. At the same time, the post of Prime Minister was created, freedom of the press was introduced, the president was limited to being able to sit for 2 periods of 5 years and a division of power in society was introduced.

In March 1992, at least 300 Tutsis were executed and another 15,000 were forced to flee the Mugesera region. The leaders of the two main opposition parties, the Democratic Republican Movement and the Liberal Party, placed the responsibility on the incidents on the government, and especially on the government party’s militia of young hutus.

In early 1993, President Juvenal Habyarimana rejected an agreement signed in Arusha between the Rwandan delegation led by Prime Minister Dismas Nsengiyaremye, the Democratic Republican Movement and the rebels organized in the Rwanda Patriotic Front (RPF). The RPF was led by Alex Kanyarengue and was formed by Tutsis in exile who were critical of ethnic hutu domination in the country.

The president refused to share power with the RPF, which required 5 ministerial posts. He also refused to include the partisans in the regular army and to allow the repatriation of Tutsi refugees from Uganda and Tanzania.

Although the two sides had respected the ceasefire since August 1992, in February the RPF interrupted negotiations and launched a new offensive. The front brought most of the country under its control and pledged to occupy the capital. 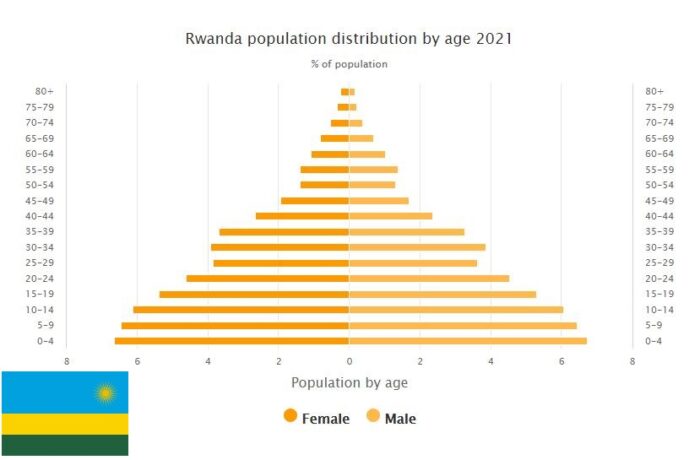