Lesotho. King Moshoeshoe II died in January in connection with a car accident and was replaced by his son Letsie III.

The leader of the opposition party United Party and three militants were indicted in March, suspected of treason. The crime consisted in transmitting a radio message calling for a coup d’état.

Prime Minister Ntsu Mokehle dismissed five ministers in May without giving any explanation. Asea Brown Boveri (ABB) received an order for equipment for a new hydropower plant that receives assistance from SIDA.

In February 2000, the King married a 23-year-old college educated woman. According to statements from the king, she will be his only wife.

In April 2001, South Africa’s President, Thabo Mbeki visited Lesotho for the purpose of improving relations between the two countries. The president was forced to pay a cow in fines. The reason was that he had not attended the king’s wedding the year before and Mbeki should have attended since his mother hails from Lesotho. The opposition was also critical of the visit following South Africa’s intervention in the country in 1998.

In March 2002, after several months of speculation, the king announced the conduct of parliamentary elections on May 25. At the same time, the electoral system was changed, so that 80 of the National Assembly’s 120 members will in future be elected in single-member circles, while the remaining will be elected by proportional elections. The election was characterized by international observers as free and fair.

In February 2004, Lesotho’s Minister of Industry, Commerce, Mpho Malie criticized the US and the EU for double standards. This happened during a meeting between African Trade Ministers, US Trade Representative Bob Zoellick, EU Trade Commissioner Pascal Lamy and WTO Secretary-General Supachai Panitchpakdi. Malie stated that the US and the EU cannot require African countries to open their markets while the US and the EU simultaneously protect theirs. The meeting dealt with a number of issues of fundamental importance to Africa’s development, which has otherwise remained silent since the Uruguay Round of 1994. The purpose was also to create a joint negotiating block for the 2005 WTO Summit in Hong Kong.

That same month, Mosisili declared the country in an emergency, asking for international relief in the form of food. Those in charge of the emergency declared that thousands were dying of hunger after three years of vain struggle against the severe drought in the country.

In March, the government officially inaugurated the first phase of the hydroelectric project in the Highlands of Lesotho. Around 2010, the country was self-sufficient with electricity from hydropower and could then begin to supply electricity to South Africa.

In June, the EU adopted an aid package of DKK 1 million. Euro for food benefits among Lesotho’s most starving.

Armed men attacked the residence of Prime Minister Mosisili in April 2009 in an attempt to kill him. Three of the attackers, one of whom was a soldier, were killed by the prime minister’s guards. Mosisili escaped unharmed. Six men were tried in July 2009, accused of assisting the coup attempt, described by Lesotho Communications Minister as an attempt by South African and Mozambican mercenaries to conduct a coup in the country. 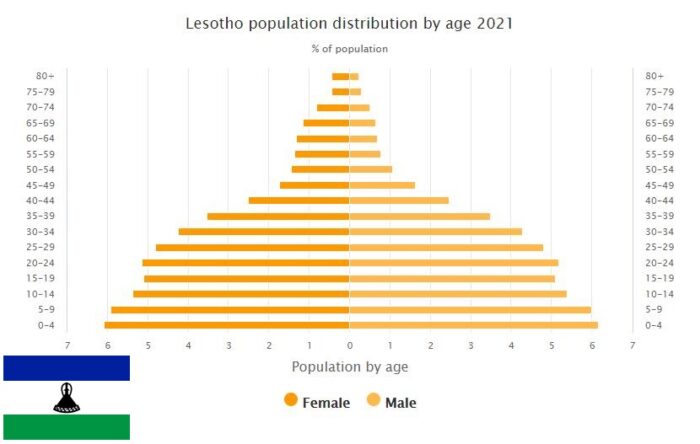