Ethnological studies show that the island was inhabited by the Arawak people, who called the island Xamayca – “the land of the sources” – because of the many sources found in the country’s dense forests. The Arawak people had displaced the Guanahatabey people who had come to the island from North America. The Arawaks lived in villages in cottages made of palm leaves. By nature, they were peaceful and practiced self-sufficiency farming. They were skilled sailors and fishermen and excellent artists in the carving of seashells. The song and dance occupied an important place in their lives. They had idols – cemíes – with belief in only one god, the creator of all nature.

Cristóbal Colón (Columbus) arrived in Jamaica in May 1494 during his second voyage to the New World, and it was his son, Diego Colón, who in 1509 conquered it. From this point on, the number of Native Americans declined rapidly, which was the reason why Spanish historian Francisco López de Gomara in the first half of the 16th century (probably in 1545) could write that «Jamaica is similar to Haiti in the sense that all Native Americans has been eradicated ». According to some sources, the number of Arawak Indians was about 60,000 when the Spanish conquistadores set foot on the island.

The Spaniards now had the island under complete control and began planting sugar cane, cotton and raising cattle. England had already made invasion attempts in 1596 and 1636, and in 1655, 6,000 British soldiers led by William Penn did not have the major problems of eliminating the barely 1,500 Spaniards and Portuguese. In no time, Jamaica became the center of the piracy that sabotaged Spain’s trade through the Caribbean. In contrast, the British faced resistance from the communities of runaway slaves – maroons – who set up their own villages in hard-to-reach areas in the interior of the country – including in the Blue Mountains in the eastern part of the country. In 1760 an extensive slave rebellion broke out, which was suffocated in blood and fire, and in 1795 it was followed by another extensive rebellion.

Still, colonization continued. In the last years of the 19th century, there were about 800 sugar mills and over 1000 cattle farms. The basis for this extensive economic activity was 200,000 African slaves. While the 18th and 19th centuries had been marked by rebellion against slavery and colonial power, the first decades of the 20th century were marked by professional struggles. It was on the basis of this trade union organization that the country’s two main political parties were formed: the Peoples National Party (PNP) and the Labor Party. In 1962, the country gained independence, yet control of the economy remained in foreign hands. 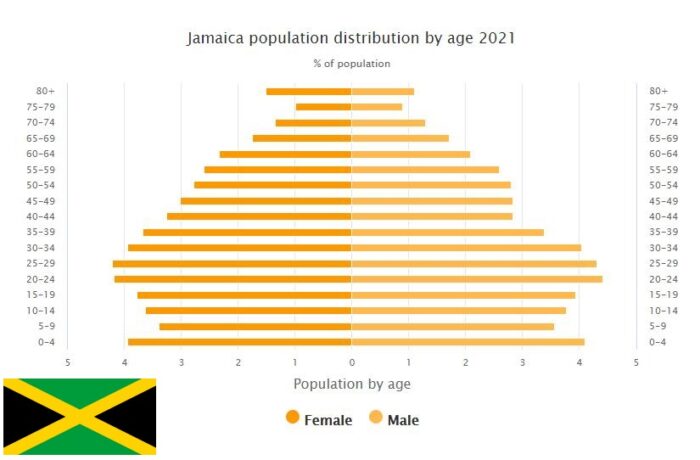