Indonesia. In Indonesia the military-dominated regime has for decades ensured that no opposition statements disturbed the image of a people in complete harmony with the official state ideology. In the protection of a totalitarian system, the economy has made a spectacular upswing in recent years. But in 1996, 75-year-old President Suharto, whose position of power has not been threatened in 30 years, became a challenger. The 49-year-old housewife Megawati Sukarnoputri had no political credentials and was not a great speaker, but she was the daughter of the country’s mythical first president, Sukarno. Wide population strata, increasingly frustrated by political freedom and the corruption of the elite, turned to her in a combination of nostalgia and the dream of something new. She was the leader of the Democratic Party, Partai Demokrasi Indonesia (PDI), one of the two legal “opposition parties” created by the regime to shine a democratic system. Now, harmless PDI suddenly became so dangerous that the regime organized an extra party congress in June where Megawati was deposed.

The intervention against Megawati triggered the strongest protests against the regime since it came to power in 1966. For two days at the end of July, Jakarta was shaken by crowds after the military expelled the Megawati supporters who occupied PDI’s headquarters for over a month. At least two people were killed and about fifty injured. The unrest caused material damage to the multi-million dollar amount in Jakarta’s business district. The government responded to the protests by arresting a large number of oppositionists, including union leader Muchtar Pakpahan, who risks being sentenced for overthrowing activities, which could result in the death penalty. Many PDI members were also prosecuted, while Megawati, for its part, initiated a legal process to have the provision lifted.

The image of a shaken power apparatus includes information about the aging president’s faltering health and the severe blow to his wife’s death in April for him. Suharto’s 45-year-old son-in-law, Prabowo Subianto, has made a lightning career in the army and in August was named Major General, the youngest to date. His advancement gave rise to rumors that Suharto is preparing for a change of power.

Suharto was also challenged from elsewhere. A former MP, Bintang Pamungkas, was sentenced to close to three years in prison for calling Suharto “dictator”. Waiting for the verdict to come into force, he formed a new party and announced that he would run in the 1998 presidential election, just as the former Megawati Sukarnoputri intended to do.

The Norwegian Nobel Committee’s decision to award the 1996 Peace Prize to East Timor’s Catholic Bishop Carlos Filipe Ximenes Belo and the independence leader Jos谷 Ramos-Horta may not have been a hard blow to the Indonesian regime but at least an annoying ear file.

Dozens of suspected members of the IS-loyal extremist group Mit (East Indonesia Mujahedin), based on the island of Sulawesi, attack the Christian population in the village of Lembantongoa in the province of Central Sulawesi. Four Christian men are killed, one of whom is burned to death and one has his neck cut off. Several buildings in the village were burned down, including a simple worship room. In Indonesia, there are dozens of groups that have sworn allegiance to the Sunni extremist Islamic State (IS). Sulawesi has long been plagued by violence between Christians and Muslims.

Fifteen countries in Asia and the Pacific region sign the RCEP (Regional Comprehensive Economic Partnership) trade agreement. The members are some of the world’s largest economies: China, Japan, South Korea, Australia and New Zealand, as well as the ten Southeast Asian Asian countries. Together, they account for almost a third of the world’s total GDP. The cooperation needs to be ratified by nine countries, of which six are ASEAN members, in order to enter into force. India participated for a long time in the negotiations, but chose to withdraw in 2019 due to concerns about the consequences for domestic production. The United States stands outside the RCEP, which has been seen as a Chinese response to the major US trade initiative TPP, which when Washington withdrew from 2017 was renamed the CPTPP.

A high-ranking military official is suspected of having “executed” a pastor in a community in central Papua, according to the Indonesian Commission on Human Rights. According to eyewitnesses, the pastor was tortured and shot by a high-ranking military commander during an interrogation on 19 September. The interrogation concerned weapons thefts that separatist guerrillas were suspected of. The pastor must later have died from the gunshot wounds. Amnesty International says it has documented a dozen cases of illegal killings carried out by the Indonesian military and police in Papua since February 2020.

Decline in the economy

For the first time since the Asian crisis in 1998, the Indonesian economy is in a recession (GDP is declining for at least two consecutive quarters). The reason is the restrictions required by the fight against the corona pandemic and which hit the tourism industry hard. During the second quarter of 2020, GDP shrank by 5.3 percent compared with the same period in 2019, and during the third quarter the decrease was 3.5 percent. The government estimates that 3.5 million people could lose their jobs during the pandemic.

Major demonstrations against new labor market laws have been going on for several days in a number of cities. Behind the protests are, among others, trade unions, environmental groups and voluntary organizations. The demonstrations are at first peaceful but become increasingly violent. After a couple of days, hundreds of people have been arrested by the police. Protesters fear that the new laws, adopted by parliament on October 5, will be harmful to both workers and the environment. The government says the law changes are necessary to stimulate the economy hard hit by the corona pandemic. Broadly speaking, the changes in the law are aimed at simplifying the country’s complex environmental, labor market and business laws in order to increase foreign investment. Minimum wages must now be set at provincial level instead of nationally. It will be cheaper to lay off employees, at the same time as unemployment benefits are raised. Some environmental requirements for companies are also relaxed. The government hopes that the reforms will provide millions of new jobs, mainly for the country’s many unemployed young people. 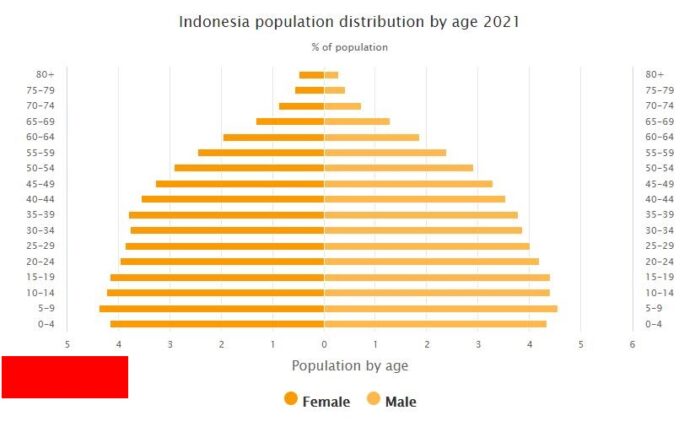