Despite the formation of the said commission, a contingent of 1,800 British soldiers remained in Belice. The reason was the fear of an invasion from Guatemala. Nevertheless, Esquivel did not appear prepared to allow additional military bases, arguing that the country did not want to get involved in the crises experienced in the region.

Still, the number of North Americans employed at the United States Embassy after Belice’s Declaration of Independence increased and the number of Peace Corps volunteers increased to ten-fold. Foreign and Development Minister Dean Barrow accepted that Belice increased his dependence on the United States, although he also referred to the British Commonwealth as one of the tools Belice could use to defend its territorial integrity.

Noteworthy progress was made in the “Belice breeze”, a drug that, according to foreign economists, was the country’s most important export item. It is estimated that around 700 tonnes, worth not less than $ 100 million, were exported to the United States, where it could be resold for the double amount. The total area where the plant was grown was expanded by at least 20%, despite campaigns in which Mexican helicopters, financed by the United States, destroyed the plants with pesticides.

George Price of the People’s Party returned to power after the September 6, 1989 election. In September 1991, Guatemalan President Jorge Serrano Elias finally recognized Belice as a sovereign and independent state; in return, Belize’s government granted Guatemala free access to the Gulf of Honduras, which meant a reduction in Belice’s sea area.

A large number of Haitians joined the many immigrants who worked as day laborers due to better wages than in their respective countries. Inflation below 10% and a more equitable distribution of goods were other factors that stimulated immigration. Immigrants had access to receive education and medical care. It caused an overload of the social and health system, and raised a popular mood among Belice’s people, demanding the return of immigrants.

A census in 1992 showed that the Spanish-speaking mestizas now numerically outperformed the Anglophone population of African origin which had hitherto, along with the Europeans, been dominant.

The production of bananas, sugar and citrus fruits increased and employed almost 40% of the working population, accounting for 4/5 of total exports. Fishing was the fourth most important production, while tourism was the sector with the most potential. Archaeological finds attracted quite a few visitors.

A few hours after President Serrano’s fall in Guatemala, June 1, 1993, Price accelerated the forthcoming elections 15 months, stating that, following an election victory for the People’s Party, he would ratify the agreements made with the neighboring country. His opponent, Manuel Esquivel, questioned the value of those agreements and demanded a referendum.

In the June 1993 elections, the People’s Party lost and was replaced by the Democratic Unity Party, led by Manuel Esquivel, and dominated by the mestizo. The unity party also won the election to the country’s 7 local assemblies in March 1994. The government formed a group of economic advisers tasked with studying tourism and finance market initiatives, as well as. establishing one or more tax-free and duty-free zones. The fear of Guatemala renewing territorial demands and the withdrawal of British troops led to increased military spending. 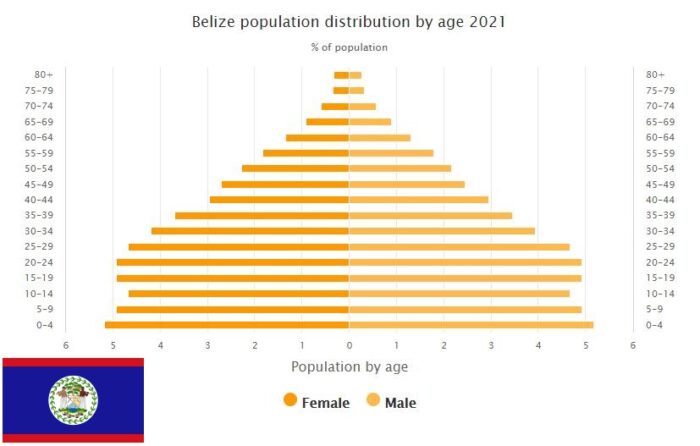