The Kosavar population has a comprehensive history of migration and migration is an essential part of the people in Kosovo, which is expressed above all through the vital connections to the diaspora. Large areas of social life were and are strongly influenced by historical and current migration events. Particularly in the context of a social security system that is limited in scope and quality, individual risk prevention strategies are gaining in importance. In the context of traditional family structures, migration and the financial support services based on it should be mentioned in particular. The number of people who emigrated from Kosovo between 1969 and 2011 is estimated at over 500,000 and the total number of those who came to Kosovo 800,000 people belonging to the diaspora, two thirds of whom are concentrated in Germany, Austria and Switzerland. The important role of the diaspora manifests itself in particular in extensive money transfers, expenses of the diaspora during the annual trips to Kosovo (the members of the German-speaking diaspora are jokingly called “Schatzis” in Kosovo and the two months in which many diaspora members travel to Kosovo, July and August, referred to as “treasure time”), investments, knowledge transfer or the participation of the diaspora in political and social debates. The scope of international transfers(so-called remittances) amounted to € 800 million in 2018 – a share of GDP of 12.3%, which roughly corresponds to public spending on social security. Households using remittances spend 22% more on medical care compared to non-recipients. The same can be said for the education sector. Foreign transfers are therefore a vital strategy for many people in Kosovo when it comes to preventing or overcoming social risks. And it is unlikely that this strategy will fundamentally change in the near future, even if the possibilities of migration to the EU are subject to considerable restrictions.

Ardiana Gashi and Amir Haxhikadrija identify in their policy paper five different periods of emigration for the period after 1945: in the first wave of emigration between 1945 and 1966, mainly Albanians left Kosovo for Turkey. This wave is closely linked to the autocratic Serbian regime in Kosovo under the Yugoslav Interior Minister Aleksandar Ranković. The second major migratory movement involved mostly unskilled male workers from rural areas who left Kosovo for Western Europe to find work. As a result of the economic and political marginalization and oppression of the Kosovar Albanians, the abolition of autonomy in Kosovo at the end of the 1980’s and the Serbian apartheid regime in the 1990’s, a third large migration movement followed. With the outbreak of the Kosovo conflict in 1999, an estimated 850,000 people left Kosovo to seek refuge, at least temporarily, in Albania, Macedonia, Western Europe and the USA. The most recent form of emigration is reflected in the temporary migration of highly educated Kosovar Albanians who are leaving the country to study in Europe or the USA.

In addition to these waves of emigration, there are extensive regional migration movements. A major shift in population can be seen in the flight of 200,000 Serbs and people from other minorities after the end of the fighting in 1999. According to the Kosovo Human Development Report 2014 with the title “Migration as a force for development”, around 50% of young Kosovars between 18 and 36 years of age can imagine their country for employment, a To leave training or a degree temporarily or permanently. In the light of this description, it becomes clear what significance migration has for Kosovar society and what extent migration contributes to the economic, social and political stability of the country.

According to PROGRAMINGPLEASE, the last wave of migration from Kosovo, which was the first discursive climax in the current migration debate, began at the end of 2014 with a steep increase in the number of asylum seekers. In the period between December 2015 and May 2015, 28,655 Kosovar citizens submitted an asylum application to the German authorities. Both before and after this period, the number of asylum seekers was significantly lower: in the period from September up to and including November 2015 it was 2,712 and in the period from June up to and including October 2015 it was 4,444. The asylum recognition rate was below 1% throughout this period. This wave, from many media, also known as the exodus, the German and Kosovar authorities were completely unprepared. However, the sudden decline in asylum applications must be seen in direct connection with the measures taken by the Kosovar government, as in the announcement by the German government that Kosovo should be classified as a safe country of origin. The aim of both countries is to close illegal channels of migration and at the same time to make legal channels viable. The amendment to the German Employment Ordinance, which simplifies the job opportunities for Kosovar citizens (as well as citizens of the other Western Balkan states) in Germany, should also be seen against this background. The Kosovar Ministry of the Interior, the Diaspora Ministry and the Ministry of Labor and Social Affairs pursues programs that address the relevance of migration for Kosovo and that try to use the potential of migration and the diaspora while avoiding negative effects (keyword: brain drain). The Ministry of Labor and Social Affairs is currently planning to start an initiative to strengthen circular forms of migration. Since May 2015, the German Society for International Cooperation (GIZ) has had an information office called DIMAK(short for German Information Center for Migration, Training and Careers) which informs the Kosovar population on the topics of migration, training and careers and organizes appropriate programs and events together with local institutions. In 2018, around 12,800 Kosovars received a work permit from the Federal Employment Agency in Germany. In the same period, however, only around 4,700 work visas were issued by the German Embassy in Kosovo. 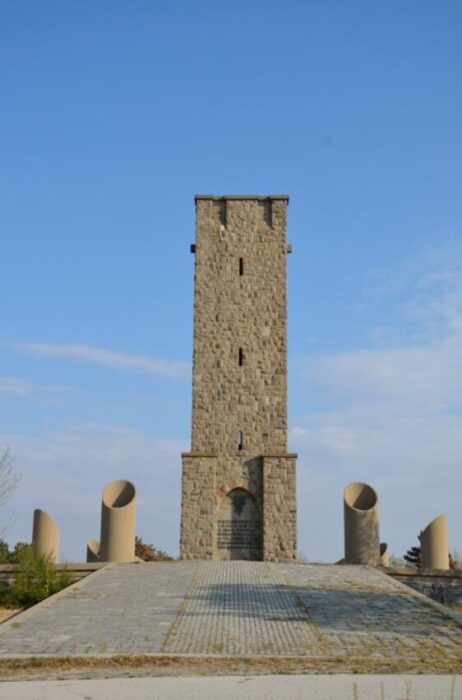